Ban the bags and signs after elections 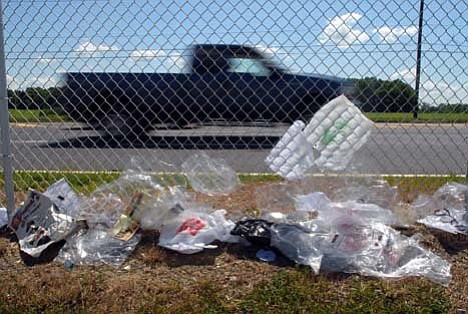 I read the article about them setting up a recycling center for all the plastic bags these stores send home with you. That is a joke and not going to help clean up this city because that means that people have to take them to the centers, which quite obviously isn't happening with all the plastic bag trash around this city. There is one located in Wal-Mart currently and still all the trash. Personally, I would like to see Kingman ban them all like other cities are doing.

Speaking of trash in the city of Kingman, our newly elected Council members (Young, Pennington, Schritter and Walker), who aren't even in office yet, are making a good impression of themselves leaving all their political trash around the city three weeks after the elections. I noticed our newly-elected mayor did leave his up with a "Thank You Kingman" on them for a short time but has removed them all about a week after the election. I personally will remember those Council members who are making such a good impression at the next election.

[Actually, the four candidates you mention have not been selected to the Council. The four will face each other on May 20, with two winning seats on the Council. -Ed]