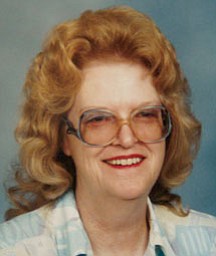 Nancy was born Feb. 28, 1935, in Hillsdale, Mich. Her mother, Ruth, and stepfather, Irvin Durling, raised her in Sioux Falls, S.D. Nancy had one brother, Bob, who currently resides in Lake Havasu City with his wife, Theresa. She had one sister, Donna, who died in infancy.

Nancy met Don Walden in 1955 while working as a café waitress - they married four months later and moved to Miami to be close to Don's family.

Nancy and Don had three children while living in Florida: Terri, Donald Jr., who died in infancy, and Donna. In 1960 they moved their family to Tucson, where Nancy attended beauty school and Don attended barber school. Shortly after completing their schooling they had a daughter, Nanette, and a son, Barry. In 1966 they had their last child, daughter Lori.

In December 1965 they moved their family to Kingman where they raised their children and have since been long-term residents for 43 years.

Nancy has owned several beauty shops in Kingman and taught at the local beauty college for several years.

Nancy is survived by her husband of 53 years, Don; all her children, 13 grandchildren; seven great-grandchildren; and her brother. Her mother, Ruth Durling, who passed away six weeks ago, preceded her in death.

Nancy truly loved the Lord. She prayed God's blessings on her family every day, and we, her family, take comfort in knowing that she is no longer in pain and is happy in heaven with her God. We will all miss her greatly.