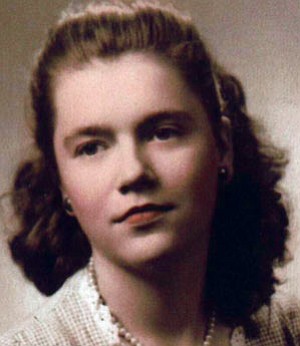 She was born June 30,1928, in East Providence, R.I., to Sybil and Earl Denton. She moved to Kingman in 2005. She spent most of her life in Rhode Island where she and her husband owned and operated a family bakery. Prior to moving to Kingman she lived in Croydon, N.H.

Araminta is survived by her husband Robert, to whom she would have been married for 59 years this coming July.

Sutton Memorial Funeral Home is handling arrangements. Immediate family members will be holding a private memorial for her.