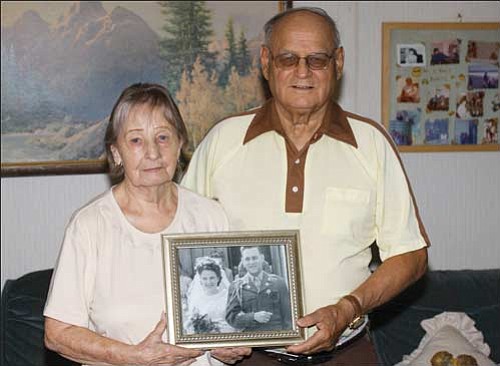 Henry G. and Margarete Arnold, pictured at their home Wednesday with their wedding photo, will be celebrating their 60th Wedding Anniversary Aug. 21. They met in 1947 when Henry was in the Army in Berlin, Germany, and he says, "It was love at first sight." They married in August 1948 and left Germany for the United States that year. They lived in New York, Missouri, and then came to California in 1960. In 1991, they moved to Golden Valley, where they have lived ever since. They have four children, nine grandchildren and six great-grandchildren.