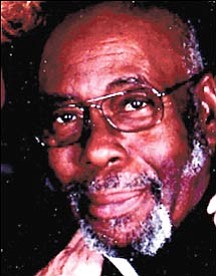 The Rev. Henry James Peairs III, 66, of Golden Valley passed away at home on Aug. 14, 2008, after waging a courageous battle against lung cancer.

Henry was born on April 14, 1942, in Pascagoula, Miss., the son of Henry G. Peairs and Rosa Lee (McQueen) Peairs. He graduated from Pascagoula Negro High School in 1960.

Henry donated his body to scientific research through the Biological Resource Center, and his remains will be cremated. Lake Havasu Mortuary in Lake Havasu City is handling the arrangements.

The Kingman Masonic Lodge will host a memorial service for Henry from 3 to 5 p.m. on Saturday, Aug. 23, at the home of his Masonic brother Walter Carr, Unkar Road, Golden Valley.