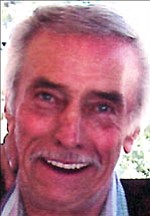 Raymond served in the U.S. Navy during the Korean War. He was a truck driver and was last employed by MHF Trucking.

He is survived by his wife of 46 years, Pauline Clever; two daughters, Lori Moore of Bakersfield, Ca., and Jenifer Irving of Mesa; and two sons, Raymond Clever Jr. of Golden Valley and Cory Clever Sr. of Lake Havasu City.

He is also survived by 12 grandchildren and four sisters, Betty Griffith of Dayton, Lois Ferkan of Brookfield, Ohio, Doris Brown of Hamilton, Ohio, and Ann Lucas of Allentown, Pa.

Services will be at a later date.

Dad never knew any strangers; he loved everyone and was loved by everyone.