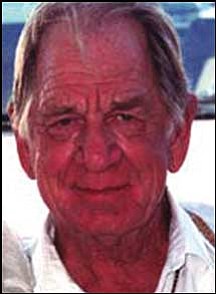 Gene had 26 grandchildren and 17 great grandchildren. He has two brothers, Donald (Suzie) of Springfield, Mo., and Ronald, also of Missouri. His mother and father preceded him in death.

He served in the United States Marines and the Army Air Corps. He served in Iwo Jima, Pacific Islands, during World War II. He was the survivor of a plane crash during the war and was a decorated, honorably discharged soldier.

Gene was an active member of the Marine Corps Association and a member of the VFW in Kingman. He also served as a past Post Commander of VFW 7010 in Washington, and was a Mason.

In the '70s, Gene enjoyed using his CB radio as a tool while on the road making a living when help was needed on the highway. He drove for over 56 years and 5 million miles. Gene was the root of "brothers of America," a non-profit CB organization that began in 1973 and is still an active group of folks. Gene's radio handle is "Irishman."

Gene loved his family, church and country. He was a member of the Kingman Ward Church of Jesus Christ of Latter Day Saints. For many years he faithfully and joyfully served as president for the Hualapai branch in Peach Springs, and he and his wife also served as branch missionaries.

Gene's service was on Monday, Dec. 15, at 10 a.m. at the LDS Chapel on Easter in Kingman, with a luncheon and a celebration of life.

Husband, Pops, father, and brother, you will be greatly missed, but never forgotten.