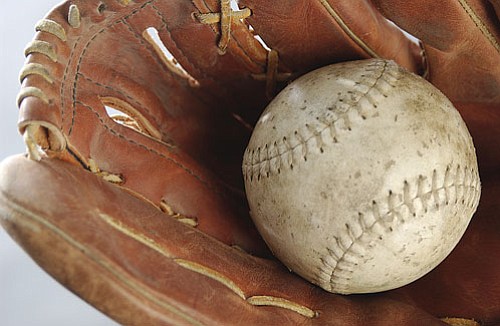 KINGMAN - If anyone has missed out on Little League Baseball action this year, there will be 29 games played in 10 days starting Wednesday. That's when District 9 and Kingman Little League host the 2008 Arizona State 10-11-year-old All-Star Tournament at Southside Park.

The tournament was originally scheduled to be hosted by Mohave Valley and Needles, but because of unexpected issues those communities were unable to host the event, according to agenda information for the July 7 City Council meeting.

"Due to Kingman's outstanding facilities and the successes we had hosting the tournament two years ago, the Little League is requesting that Kingman host the event again," the agenda said.

The Council approved a maximum of $7,000 appropriation from a tourism fund to assist the hosting of the tournament. These funds will help pay for additional umpires and their food and lodging, meals for staff at the coaches' meeting and additional expenses.

There will be 13 teams vying for the state championship, the last stop of the season for these squads. Though the tournament's first pitch is scheduled for 5:30 p.m. Wednesday, the Kingman North squad will have to wait until 5:30 p.m. Thursday to begin its quest.

Kingman North is in Pool A - along with Morenci Clifton, Nogales, Scottsdale Horizon and Glendale Arrowhead. There are two more teams in Pool A, one from District 5 and the other from District 13.

The District 5 representative will be the winner of Tucson Continental Ranch and Tucson Canyon Del Oro, and District 13 will send the winner of Ahwatukee and Tempe South. These games were played Saturday night.

Pool B consists of Tucson Pantano, Scottsdale Mountain View, Flagstaff Continental, Mesa Eastern, Gilbert American along with the District 10 representative. District 10 has not reported its champion as of this writing.

After each team plays four games in its pool, the top two teams from each pool will advance to the state semifinals on July 24.

Kingman North returns to the state tournament for the second year in a row and brings back most of the same players, according to Kingman North coach Bill McCord. Kingman North finished 2-4 in pool play last year.

"If we hit like we did in the District 9 tournament, we'll be tough to beat," McCord said. "These teams will be better than those we faced, but we're a lot better from last year."

Pool play will continue until July 23 with four games per night except for Sunday and July 22. There are no games on the schedule for Sunday, but it may be used if games need to be rescheduled due to weather. There are only two games scheduled for July 22. The games will be held on Fields 3 and 4 with starting times of 5:30 and 7:45 p.m.