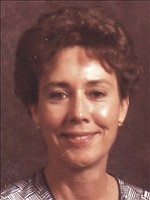 She served as Charter Worthy Advisor for the Order of Rainbow for Girls until the chapter received their charter. In 1948, she joined the Order of the Eastern Star Chapter No. 17 and received her 50-year pin in later years.

She attended Arizona State College at Tempe for one year before marrying her high school sweetheart, Harold Beller, on Dec. 10, 1949, at St. Johns Methodist Church.

The couple moved to Tucson the following September, where Harold had enrolled in the College of Pharmacy at the University of Arizona. After Harold graduated in 1954, they moved to Riverside, Calif., where they lived for 23 years.

Lucy Lee was preceded in death by her husband, Harold, and daughter, Susan Dehaybi. She is survived by her son, Thomas, and his wife, Karen, of Phoenix; and son-in-law, Abraham Dehaybi, of Kingman. Five grandchildren also survive. They are Mathew Allen Beller, Laura Richelle Beller, Sarah Lauren Dehaybi, Amy Leigh Dehaybi and Abraham Adam Dehaybi. Sisters-in-law Mary Ann Beller of Twenty-nine Palms, Calif., and Julia Sue Caughlin of Kingman along with many dear nieces and nephews also survive.

Visitation is scheduled for noon on Friday, July 18, at St. Johns Methodist Church, 1730 Kino Ave. Funeral services will be held at 1 p.m. at St. Johns following the visitation. Burial will be at Mountain View Cemetery.

In lieu of flowers, the family asks that donations be made to the Mohave County Museum, Kingman Hospice or the Kingman Cancer Society.