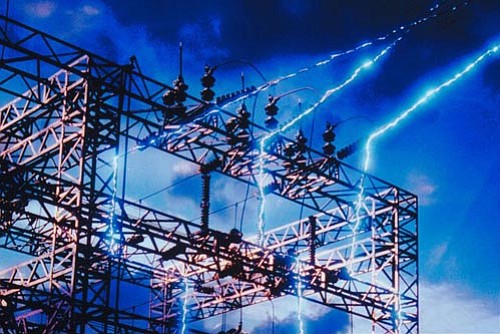 KINGMAN - It's no secret that Kingman has long served as a draw for retirees. But as the costs of oil, gas and other commodities continue to rise, many retirees are finding it increasingly difficult to stretch their fixed incomes.

Joe Schwenk is one such retiree living in Golden Valley. While UniSource's discount program shaves a few bucks off his monthly electric bill, he and his wife have found themselves taking fewer trips out to try to save what little they can for propane costs and medical bills. Schwenk already has sold his boat, and he's currently trying to sell his motor home, as well.

"UniSource, about three years ago, came out and said they'd help you if you need a little help, which I did," Schwenk said. "Every little bit helps, but when it goes up 19.5 percent the first of June ... how in the world can a person make it?"

Kingman Resident Lyol Lee Reed, another retiree, said two weeks ago he received a call from UniSource informing him that his monthly bill was going up nearly 100 percent - from $51 to $101.

Reed said he had been on UniSource's budget billing program for the last three years. He couldn't understand how a computer conversion could have caused his monthly bill to jump so high.

"Don't tell me that all of a sudden you're going to double my rate because you're doing a computer conversion," he said.

"Don't tell me computer conversions caught up with me after three and a half years, 'cause I don't buy it. I'm doing the same things this year that I did last year."

UniSource is as ripe a target as any for ire and frustration, especially amongst those with fixed incomes.

But according to UniSource spokesman Joe Salkowski, the company's increasing rates for electricity and gas have less to do with profit than with outside forces.

The largest component of a person's gas bill by far is the price of the commodity itself, which UniSource buys at wholesale prices, then passes along to the consumer at no profit. It is this, Salkowski said, that has been most responsible for the recent surge in UniSource's prices.

"Those costs have fluctuated, but have typically been on the rise for our customers," Salkowski said. "What that will do to a budget billing customer is it will increase the cost of their actual usage, so that when it comes time to look at their bills, it's likely that they'll be adjusted upward."

On the electricity side, UniSource's delivery rates only accounted for 2.5 of last month's 19.5 percent increase - its first rate hike in 11 years. Two new fees to support renewable energy and energy efficiency programs accounted for another 2.6 percent. The remaining 14 percent, Salkowski explained, was the result of a happy accident made by UniSource's predecessor, Citizen's Electric.

"The contract obliged Pinnacle to provide us all the power we needed for several years at a fixed price," Salkowski said. "It turns out that price was well below what the market price was."

That contract expired May 31, he said. "So as of June 1, we have new rates to provide for that change in power costs."

But that wouldn't be the cause of Reed's budget billing rate hikes, Salkowski noted. While it's hard for him to believe Reed would've gone unnoticed in the system for upwards of three years, UniSource has been changing its computer systems, and some budget billing customers have had their reviews postponed.

"Because of that change, it has taken us longer to review individual budget billing accounts - longer than a year in some cases," Salkowski said. "In some cases, it is possible that an individual's usage will so exceed their payment that a significant adjustment is required to recover the cost of their service."

UniSource calculates its budget plans to resolve arrears over a 12-month period. That means an account that had gone without review for three years would be charged in a single year to cover all three years of additional usage.

But that is very unlikely, Salkowski said.

"People should not have to wait three years to have their budget billing reviewed, and if that did happen in his case, we'd like to fix it," he said.

But while such extreme examples are rare, Salkowski did note that it's easier for budget billing customers to use more energy without realizing it.

"When your bills aren't based on your usage, it's easy to use more," he said. "Our customers are using more and more energy every year. Customers who are on budget billing are not immune from those trends."

He added, however, that UniSource does understand such customers' positions, and is willing to work with them.

"We also want to help people that are in this situation," Salkowski said.

"If there's someone whose payment has doubled, and they're on a fixed income ... that person should call us so that we can discuss reasonable bill payment options."

For anyone interested in discussing billing, or to enroll in UniSource discount programs for low-income households, call (877) 837-4968.