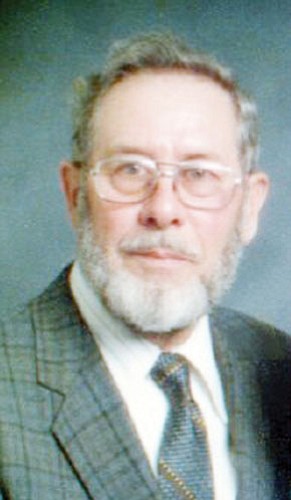 Omer Fuls, 90 years of age, passed away on June 17, 2008, at the home of his granddaughter, Barbara Anne Patriarchias, in Chaparral, N.M. He had moved there from Meadview within the past few months as his health declined.

Omer was born in Perry Township, Montgomery County, Ohio, on Nov. 11, 1917. He worked as a cabinet maker and was a retired tool and die maker, having lived and worked in Ohio, Arizona, California and Oregon. He had been employed in California by Rocketdyne and Raytheon, and in Arizona at Hughes Aircraft, making parts for experimental space and aircraft.

He is preceded in death by his wife of 34 years, Hortense Fuls of Meadview; and his brother, Ralph Fuls of Dayton, Ohio.