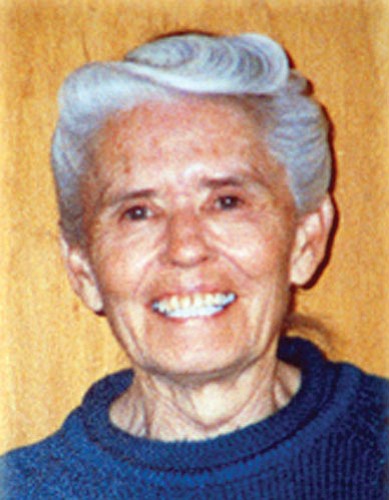 Margaret Spencer, 75, a resident of Kingman for the past four years and a longtime resident of Taiban, N.M., died Saturday, April 26, 2008, at Kingman Regional Medical Center following an illness.

Mrs. Spencer was born July 28, 1932, in Wayside, Texas, the daughter of James Samuel and Bonnie (Franklin) Sluder. She attended school at Happy, Texas.

Margaret lived and worked in Dayton, Ohio, from 1953-1956. She married Earl Cruey Spencer on Aug. 16, 1960, at Fort Sumner. They made their home south of Taiban where they ranched for many years.

In 2003, Margaret made her home in Kingman to be near her son and grandchildren.

Margaret was preceded in death by her husband, Earl Cruey Spencer, on June 9, 1998; her parents; a brother, Wayne Sluder; and two sisters, Thelma Hagains and Evelyn Burns.

Survivors include a son, Cruey and wife Evonne Spencer; three grandchildren, Tyson, Braden and Cameron Spencer, all of Kingman; two brothers, Wilbur Sluder and wife Martha and Wendell Sluder and wife Janice; three sisters, Phyllis Mathis, Wilma Walker and husband Jeff, and Dale Pryor; along with several nieces and nephews and other relatives and many friends.