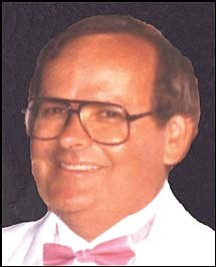 George Vedo Dell passed away on Monday, Oct. 6, in Plano, Texas, of complications from a long illness. George was born March 12, 1946, in Henderson, Nev. He was the fifth of eight children born to James Dell and Jane E. (Seivert) Dell.

George grew up in Bullhead City and graduated from MCUHS in Kingman with the class of 1964. After high school, he attended ASU and graduated in 1968 with a degree in Electronics Technology. He was active in the Army ROTC at ASU, and upon graduation, attended Officer Candidate School. On completion of training at OCS, he was commissioned a second lieutenant and began instructing electronics systems associated with field artillery.

While stationed at Fort Sill, Okla., he met and married Mary Alice Jones, the mother of two young children. George quickly adopted the children, becoming their "Father." George completed one tour in Vietnam before being discharged from the Army with the rank of captain. Upon leaving the Army, he continued his career in electronics, working for Texas Instruments in Dallas for 30 years.

He is survived by his son, Brad (Robin) Jones of Addison, Texas; daughter, Paula Voellmy of Plano; grandchildren, Taylor and John Towhy, Samuel George Voellmy and Austin Jones; brother, Bob (Jeanie) Dell of Kingman; and sisters, Katherine Shotwell and Patricia (Carlon) Frugé of Las Vegas, Anna Marie Cook of Tempe, Linda (Mickey) Yarbro of Battle Mountain, Nev., Beverly (Eric) Miller of Fresno, Calif., and Barbara Russell of Paradise, Calif. He will also be missed by his numerous nieces and nephews and his many dear friends.

George's internment was at the Dallas-Fort Worth National Cemetery.

"Even the youth shall faint and be weary, and young men shall utterly fall, but they that wait upon the Lord shall renew their strength, they shall mount up with the wings as eagles; they shall run, and not be weary; and they shall walk and not faint," Isaiah 40:30-31.