Bull riders could be facing a Power Outage at rodeo 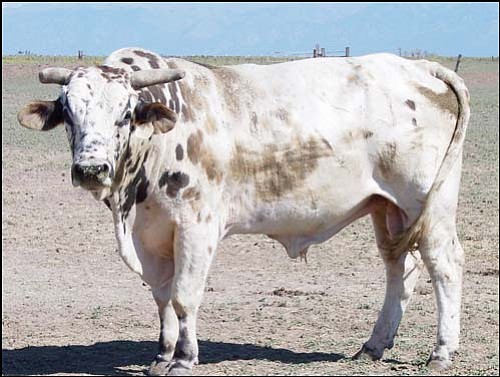 KINGMAN - When the 24th Annual Andy Devine Days PCRA Rodeo starts at 1 p.m. Saturday at the Mohave County Fairgrounds, stock contractor Jerry Honeycutt of Honeycutt Rodeo Inc. hopes to have the bulls to force the contestants to cowboy up.

"If they buck the way I know they can, the guys won't ride them," Honeycutt said about two of his bulls, Power Outage and Texline. "If someone does, they should get a lot of points in the high 80s and 90s."

Texline has had three trips this year, but cowboys James Green, Spud Jones and Daniel Mathews were unable to take him for a ride. Green had the best success, riding Texline for 4.06 seconds. Jones, currently No. 2 on the money list for the PCRA Turquoise Circuit, rode Texline for only three seconds.

"He's only 4, and we don't know where he's coming from," Honeycutt said.

"When he's in the pen, he'll try to hook the clowns and cowboys. The verdict is still out on him."

Honeycutt believes Texline is the better of the two bulls, but he lacks the experience or seasoning of Power Outage.

"He'll run you on the fence," Honeycutt said. "If you walk into the pen with him, you better be running."

Honeycutt said once in a while, he's able to get in the pen with Power Outage.

Those times are when Power Outage is being fed. "Only when he's more interested in food than hooking," Honeycutt said.

Bluewater, another of Honeycutt's bulls, requires a lot of special care. Bluewater is so independent Honeycutt has to keep the bull separated at all times, including when he has to haul the bulls. "He's absolutely a pain in the neck," Honeycutt said. "He fights with everything."

Honeycutt said he's hung a piece of plywood and Bluewater hooked and rubbed it until there were splinters on the ground. "That son of a gun had it tore up in three or four hours," Honeycutt said.

When the time arrives for the bulls to take on the cowboys, Honeycutt is certain the burliest bulls of his stable will be there.

"We have to haul 'em with diesel smoke, so rodeo bulls have to be tough," Honeycutt said. "It's not for the meek."

The Andy Devine Days parade starts at 10 a.m. Saturday in downtown before the festivities move to the fairgrounds.

A new feature this year, the WPRA Women's Rodeo, begins at 5 p.m. Saturday, and the rodeo will continue at 1 p.m. Sunday.

Kingman's Andy Devine Days are here
Column: At rodeos, I'm a fan of the bulls
Injured Kingman cowboy gets back in the saddle
Mater, Ghostlight ready for cowboys
Get yourself into an Andy Devine Days state of mind