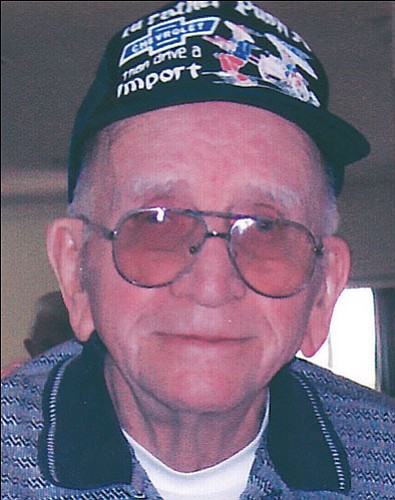 Philip LeRoy Mattson passed away on Sept. 26, 2008, at Desert Highlands Care Center in Kingman, where he had been a resident for the past 13 months.

Philip worked for the Homestake Mine in Lead, S. D., before enlisting in the Navy for four years, after which he returned to Lead to work in the mine. He moved to Bullhead City in 1970 and to Kingman in 1981.

He was a 62-year member and past Master of the Deadwood, S. D. Masonic Lodge and a 61-year member of the Rapid City Naja Shrine Temple, as well as a member of Masonic Lodge 22 in Kingman. He was well known for the twinkle in his eyes and his friendliness. He never met a person he didn't like. He loved to tease and travel in his travel trailer and camp, and was an avid fisherman.

He also loved his church, St. Johns Methodist Church in Kingman. Funeral services will be at 11 a.m. today, Oct. 1, at St. Johns. Burial will be in the Masonic section of Mountain View Cemetery in Kingman.