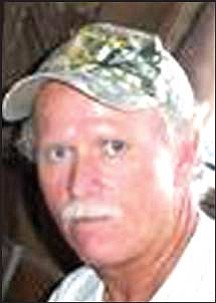 Richard Thomas Newell, born Dec. 30, 1960, passed away peacefully on April 17, 2009, at Kingman Regional Medical Center. He was surrounded by loved ones when he passed. He was 48 years old. Richard "Rick" was born in Pomona, Calif., to Doris J. Prifogle and Richard Harlan Newell. He was one of four children.

Rick spent many years during his life in both Lake Havasu, Kingman and California. Rick was a loving father, and in his younger years, he enjoyed racing motorcycles.

Rick was preceded in death by his mother, Doris J. Prifogle (March 31, 1994) and sister, Kim Hett (March 31, 2009), and is survived by the following family: daughters, Tiffany Newell and Tatum Newell; father, Richard Newell (Shirley Newell); sister, Darla Mathews and family; and sister, Sandra Newell and family; as well as many nieces and nephews.

The family is planning a private memorial.

"For God so loved the world, that He gave His only begotten Son, that whosoever believeth in Him should not perish, but have everlasting life." - John 3:16