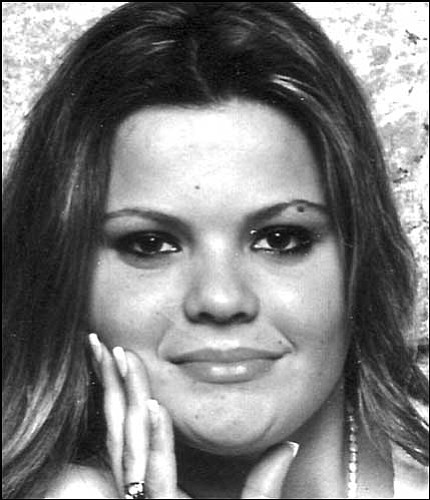 Nicole is survived by her 6-and-a-half-month-old daughter, Jordyn Nicole Hooper, for whom she lived every day; her mother, Rhonda; sisters, Amanda, 17, and Jessica, 16; and brother, Sonny, 13, all from Kingman; dad, John Hooper of Missouri; grandma, Cindy Wagner of Kingman; grandpa, Fred Wagner, and step-grandma, Jan Wagner of Hemet, Calif. She is also survived by her uncle, Ace Waldron, and cousins in Kingman; Uncle Mike of California; grandma Jackie Hooper and aunt Kristi and cousins in Montana; Uncle Mike of Montana; her great-grandma in California; her great aunt in California; second and third cousins in California; her great aunt in Idaho, and second and third cousins in Idaho. Nicole also has family and friends in Arizona, Minnesota, Nevada, Colorado, Texas, Pennsylvania, Oregon and Montana.

Nicole moved to Kingman with her family in July 2002 from Libby, Mont. She graduated from Kingman High School in June 2008. Nicole volunteered at Dr. Schwartz's office one summer and for Brian Myer Davis Head Start for one-and-a-half school years. Nicole was a loving, caring, compassionate young woman who worked at The Lingenfelter Center for the past three years as a CNA. Nicole will be missed yet never forgotten by lots of family and many friends.

A memorial service will be held at a later date. Sutton Memorial Funeral Home is doing the cremation.

In lieu of flowers, donations can be made to the Jordyn Hooper savings account at Wells Fargo Bank in Smith's Food & Drug.