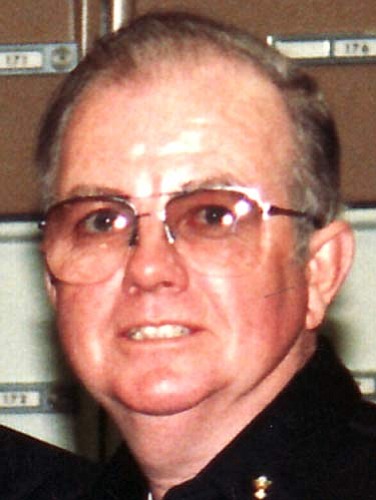 Jimmie McCreadie went home to be with the Lord on Thursday, Dec. 3, 2009, at Kingman. Jim was born on Valentine's Day, Feb. 14, 1935, in Hamilton, Butler County, Ohio, to George and Frances McCreadie. Jim, being an only child, was a pleasant Valentine's gift to his parents.

Jim spent his early years in Ohio, moved to California in the 1940s and graduated from Canoga Park High School in 1953. Jim married his teenage sweetheart, Jackie Burke, at St. Jerome's Catholic Church in Westchester, Calif., on Sept. 12, 1959. Jim's family had moved in next door to Jackie's family and the first time he saw the petite, pretty Jackie with her bouncing pony tail, he set his sights on her and knew she would be the love of his life. They were married for 25 years and had two lovely daughters, Terri and Trina. Jackie passed away in 1985 from kidney failure. A fighter and pioneer on dialysis, Jackie was a "poster girl" and remarkable fundraiser for the American Kidney Association.

After her death, Jim continued to help educate people about kidney disease and supported numerous fundraisers. During this time, Jim was vice president of finance for Burke Engineering, their main office located in El Monte, Calif.

After Jackie's death, one of his friends succeeded in getting Jim to participate in a mixed bowling league where he met his second wife, Betty Watts Travis. Instead of setting Jim and Betty up on a blind date, the friend, who also knew a young widow named Betty, "blindly" put them together on the same team. Neither of them was aware of the arrangement. However, on July 26, 1986, Betty married Jim at Our Lady of Perpetual Help in Downey, Calif. Betty's grandson, Loren, walked her down the aisle, daughter Lucinda was maid of honor and Jim's granddaughters, Amber and Alissa, were the flower girls.

Jim took an early retirement and he and Betty eventually moved to Kingman where they lived for the past 20 years. Jim was very active in the Kingman Elks, Moose Lodge, Junior Golf, Kingman Academy of Leaning, and over the years, continued to bowl in numerous leagues with Betty.

As his friends know, he loved playing golf, cooking barbecue at endless charity events, patrolling his yard with cat Bootsie, making and delivering soup and chili to friends and family, and "putting up the flag."

Jim was named Elk of the Year in 1995 as well as Volunteer of the Week, which is sponsored by Kingman businesses.