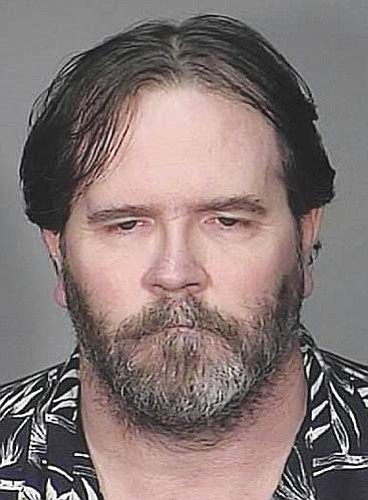 KINGMAN - A Superior Court Judge decided against issuing a bench warrant for a defendant who called in to his sentencing sick, instead sending him a warning through the man's mother, whom the defendant had sent in his place.

Leston Harry Coleman, 44, has submitted more than 100 handwritten pages to the court and has been outspoken during his hearings, but was a no show for his sentencing Monday. Coleman was charged with sexual assault and vulnerable adult abuse by domestic violence in March after police said he sexually assaulted a 28-year-old severely mentally challenged woman for more than a year.

Coleman in September accepted a plea deal in which he would plead guilty pursuant to Alford if the state dropped the sexual assault charge. Under the deal, the adult abuse charge would be classified as a class 4, non-dangerous felony punishable by up to 45 months in prison.

An Alford plea is similar to a no-contest plea in which a defendant acknowledges that there is some evidence against him but is not formally admitting guilt.

As part of the agreement, possible registration as a sexual offender is left at the judge's discretion.

At his hearing in September, Coleman wavered for an hour as to whether he should accept the deal, at one point laying his head down on the defendant's table for several minutes. Judge Rick Williams offered to reschedule the hearing, but Coleman ultimately accepted the deal, saying he had no choice because he was being framed.

Williams had the option of issuing a warrant for Coleman's arrest when he failed to show up at his sentencing Monday, but instead rescheduled the matter for next month. Coleman's mother attended the hearing and told Williams that her son had been taken to the hospital with severe flu-like symptoms over the weekend.

County Attorney Victoria Stazio had pushed for an arrest warrant, saying that the defendant was a "big boy who can make it to his court proceedings without sending his mother."

Williams said he was giving Coleman the benefit of the doubt because he had shown up to his scheduled hearings before and had at least made an effort to let the court know he would not attend Monday. He also issued a stern warning to Coleman's mother, telling her that he was not likely to take other excuses lightly.

Letters from Coleman to the court indicate that he may be having second thoughts about entering into the plea agreement. It is not clear what that could mean to his case, although judges make it very clear when defendants enter into agreements in court that they will not be allowed to back out of it at a later date.

The state says that Coleman engaged in a sexual relationship with the woman, who has the mental capacity of a 7-year-old.