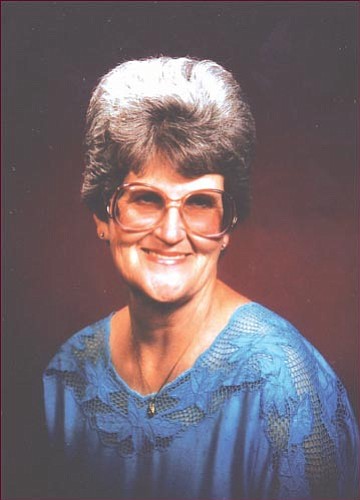 Jo Anne was raised on the family ranch in the Black Hills of Greenlee County until 1943, at which time the family moved to the Big Sandy in Wikieup. She graduated from Mohave Union High School in 1946.

Jo Anne was married to Ike Stockbridge in 1947 until his passing in 1990. She then married her best friend, Art Blackwell, in 1994.

Throughout her lifetime, Jo Anne was very active in many Kingman civic organizations such as Pink Ladies, Eastern Star and Morning Glories. She was also very active in and had many roles and responsibilities as a member of the First Southern Baptist Church.

Services will be held at 1 p.m. Wednesday, Feb. 11, 2009, at the First Southern Baptist Church. Interment will follow at Mountain View Cemetery.