William 'David' Bone
In Memory Of... 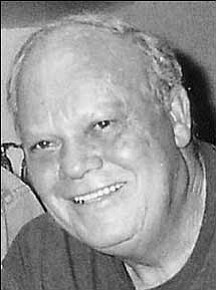 After a brief, courageous fight against cancer, David passed away Jan. 26, 2009, at Kaiser Hospital in Woodland Hills, Calif.

Born Aug. 23, 1944, in Montgomery, Ala., Dave was the middle child of Woodie and Elizabeth Bone. He had two brothers and two sisters. Dave, as he himself preferred to be called, or "Dee" as his family called him, grew up farming as his family moved around the southern states of Alabama, Georgia and Louisiana.

Moving to California in his late teens with his sister Francis and her husband Clarence, David graduated from Lompoc High School in 1962. In October of that same year, Dave joined the U.S. Navy. Over the next nine years as a machinist mate first class, Dave saw much of the world including stints in Cuba and Vietnam.

Dave met Patricia Reed at a Navy party and they were married June 28, 1969. After being honorably discharged in 1971, Dave and Pat moved to Canoga Park, Calif., where Dave began working as a telephone cable splicer for Pacific Bell. On June 26, 1974, Dave and Pat's son Christopher was born. Within the next few years, the family relocated over the hill to Simi Valley, Calif. Dave worked for Pac Bell and as an independent contractor in the communications field for the next 25 years.

After retiring, Dave and Pat took many journeys together in their fifth-wheel, traveling all over the U.S., Canada and even a trip to Alaska. Dave was an avid fisherman, who also enjoyed camping, boating, and in his younger years was a "wicked" water-skier. He loved going to casinos with Pat to play poker and blackjack.

Dave's warm smile and great sense of humor will be greatly missed by his many friends, both in California and his adopted hometown of Kingman.