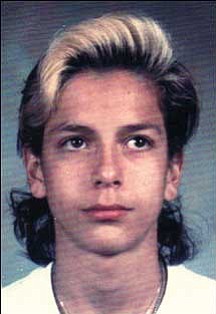 Mike was an avid musician and played in numerous bands. He also had a love of motorcycles. He attended high school and UTI for half a year, gaining a welding certificate, and MMI. He had a CDL and was a heavy equipment operator. He was a member of Sober Riders Club. He will be missed by family and friends as he was always there for everybody. He was always ready to go the extra mile for everyone.

Visitation will be from noon to 2:30 p.m. Sunday, March 1, at Sutton Memorial Funeral Home, 1701 Sycamore Ave., followed at 3 p.m. by the funeral service at Kingman First Assembly of God Church, 1850 Gates Ave., officiated by Pastor Paul Lewondowski. A reception will follow the service at the home of his mother, Margaret Weston, at 4315 N. Lomita Road in Kingman.

In lieu of flowers, donations can be sent in his name to Kingman First Assembly of God Church, 1850 Gates Ave., Kingman, AZ 86401-8003, for suicide prevention.