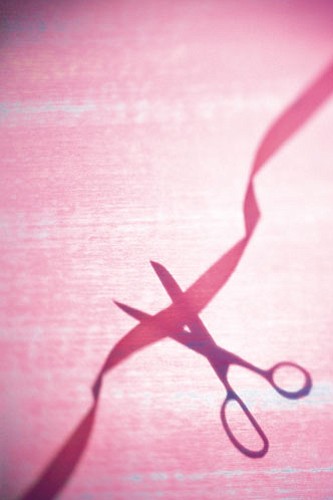 KINGMAN - Downtown Beale Street will play host to not one, but four grand openings tonight, in concordance with the second anniversary celebration of one of the downtown business district's most iconic residents.

Beale St. Brews coffee shop and art gallery will mark the end of its second year on the titular roadway with a street party beginning tonight at 7. The celebrations will include live music from two local bands, a disc jockey, street performers and belly dancers.

In addition, the coffee shop's four most recent neighbors will mark their debut. They are: the Joshua Tree Roasting Company, which is housed in the same building at 418 E. Beale St.; Sirens' Café & Custom Catering, located just across the street at 419 E. Beale; the House of Vintage antique consignment house, located three doors up the street at 430 E. Beale; and Evofi One mortgage financing, located across from the coffee shop at 405 E. Beale.

According to Beale St. Brews' proprietor Angela Patterson, all five businesses will remain open throughout the evening to meet and greet their fellow neighbors and the public, all of whom are invited to attend. Patterson said the five businesses deliberately decided to sync their grand openings with the coffee shop's anniversary in order to create the first in what will hopefully be a long line of annual celebrations.

"Last year I had my one-year anniversary, and this year I decided to ask them if they wanted to join in and have a grand event," Patterson said. "The reason we're doing it this way is so we can have our grand anniversary block party together, and it'll be a big community event every year."

Since situating in the old Central Commercial Building two years ago, Patterson said she's been impressed to see how the surrounding district has attracted a new breed of independent-minded, community-oriented businesses that have brought a new vitality to the downtown area.

"I've seen a lot more things come in that call for community involvement, you know, situations and businesses that allow for social engagement," she said. "Before, you had walk-in stores and retail stores. Now, there's more places where you can actually sit down and meet your friends, get something to eat, have some wine."

Patterson said that was her initial motive for opening Beale St. Brews, to provide more than just a place to buy coffee, but also a venue for local artists to display their work. The gallery, she added, is currently booked through next March.

"When I moved in with the coffee shop, that was like my driving force - to bring in some of the local culture and get people excited about the arts again, to draw attention downtown again," Patterson said. "It's more of a cultural movement, you know, with the arts. Having the gallery there, having entertainment down there and the (Cellar Door) wine bar ... we're offering things that haven't been offered before."

Patterson noted, however, that while she got her start just prior to the start of the economic downturn in December 2007, many of the businesses moving in now are doing so against massive odds. Some have managed success, while others have failed and moved on, but she said the courage and commitment it takes to even try in such a difficult environment ought to be commended.

"My hat's off to them," she said. "Even in the face of adversity, they're going for it, and that's something that needs to be acknowledged."

Patterson added that the downtown businesses haven't been alone in their efforts. The City Council, and city government in general, has also proven very supportive of what she and the other businesses are trying to bring to the area.

"There's been a lot of people behind us," she said. "I see more of our councilmembers in my coffee shop with this particular administration than the past - of course, I've only been here for two administrations."

Regardless, Patterson said she hopes her new neighbors thrive in the coming year so that they can all celebrate again when their one-year anniversaries roll around. In the meantime, she said she hopes to see a continued push toward giving local artists more places to show their work downtown, turning what was once the city's heart into something a little more cerebral.

"We have so many artists here and so few avenues for them to express themselves," she said. "I'm not just talking fine arts, but the poets, the musicians; and I think downtown would be the perfect venue for them to display their talents and skills."