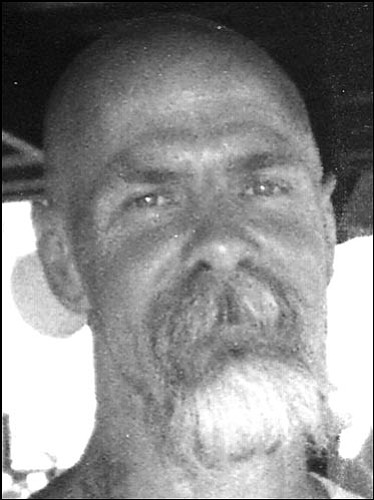 Dennis Aldridge passed away Saturday, June 20, 2009. He first saw the light of day on Feb. 21, 1958, at Cooke Air Force Base in California. Dennis was born into a military family and saw a good deal of the world traveling with his family. He served his country, joining the U.S. Navy at 18 years of age and was an engineman aboard Navy ships. Dennis has made his home in Kingman since 1999.

Upon his move to Kingman, he initially worked at the then family-owned business "Murphy's Outpost Mini-Mart." Dennis attended First Assembly of God Church and Praise Chapel, where he made numerous friends.

Dennis was preceded in death by his father, John Aldridge; brother, Roy Aldridge; and sister, Barbara Aldridge. He leaves behind his children, Dennis Aldridge II of Florence, Ariz., Daniel Aldridge of El Dorado, Kan., Elizabeth Jones and Amanda Aldridge of Leavenworth, Kan.; and two granddaughters, Abygail Jones and A'Monnie Holmes of Leavenworth. He is also survived by his mother, Katherine Aldridge; brother and sister-in-law, John and Tami Aldridge of Kingman; sister and brother-in-law, Anna and Leo Usry of Weaver, Ala.; his aunt, Josefine Aldridge of Downey, Calif.; his aunt and uncle, Mae and Herb Booth of Kingman; his girlfriend and her daughter, Shelly Blackford and Sabrina Middlehauff of Kingman; and various cousins, nieces and nephews.

Services will be at Sutton Memorial Funeral Home, 1701 Sycamore Ave., Kingman. Visitation will be from 1 to 2 p.m. on Monday, June 29, with the memorial services starting at 2 p.m. Friends and family are invited to a gathering at 3825 East Neal Ave., Kingman, immediately following the services. Burial will be at Riverside National Cemetery, Riverside, Calif.