Louise Annette Dunham
In Memory Of... 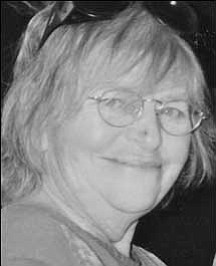 Louise Annette Dunham went to her heavenly home on March 6, 2009. Louise was born to Virginia Ruth Tacquard and Horace Roy Tacquard on Feb. 19, 1945, at the Army Air Corp Gunner School at a hospital located near Kingman at that time. In 1946, the family moved to Southern California where Louise grew up with her sister and brother. She graduated from James Monroe High School in Granada Hills, Calif., in 1962.

In 1963, after the death of her beloved grandmother, Helen Lakin, the family moved back to Kingman where in 1964 Louise married the love of her life, James "Jim" Dunham and they had 43 years together.

Louise Dunham graduated from Mohave Community College in 1983 as a registered nurse and spent 15 years working at Kingman Regional Medical Center, Mohave Mental Health and the Foundation for Senior Living.

Louise was a beautiful person, always caring for others. She will be remembered for her love for other people. She loved to listen to music. She will be missed, but glory to God, she is now pain-free and with Jesus.

Louise was a longtime member of First Southern Baptist Church and for a number of years a Sunday school teacher. She was a member of the Kingman Rebekah Lodge.

She is also survived by her mother, Virginia Ruth Tacquard; her sister, Jean Hunter; her five nieces, Ruth, Debbie, Miriam, Cindy and Susie; her brother, Richard Tacquard and his wife Maureen Tacquard; her nephews, Lance and John; and her niece, Laura.

Her services will be held on Thursday, March 12, at First Southern Baptist Church, 3120 Hualapai Mountain Road. The viewing will be at 9:30 a.m. and the funeral at 11 with Pastor Paul Daniel officiating. Graveside services will follow the funeral and be given by the Kingman Rebekah Lodge at Mountain View Cemetery.

In lieu of flowers, donations may be made to the First Southern Baptist Church Benevolent Fund and will be donated toward the Kingman Aid to Abused People for abused women.