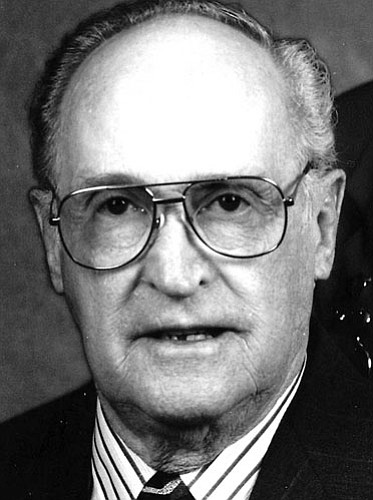 Bob was born June 26, 1929, in Dewitt, Iowa. He enlisted in the U.S. Navy in 1948. He proudly served his country for 23 years as a heavy equipment operator in the "Seabees." He served in the Korean Conflict and completed two tours in Vietnam. Commendations included Vietnam and Korean service medals and four bronze stars.

After retiring from the Navy, Bob and his wife, Jacqueline, made their home in Southern California where he was employed by Morgan Trucking as a cross-country driver. After their second retirement, Bob and Jackie relocated to Bob's hometown of Clinton to be near family before settling in Valle Vista in the mid 1980s.

Bob was preceded in death by his wife, Jacqueline, on April 13, 2008; his parents, Mr. and Mrs. Francis Costello; one brother, Donald R. Costello; and a sister, Margaret K. Ludvigsen. He is survived by his sister, Josephine Flynn, and brother, Bernard Costello, both of Clinton; his nieces, Cynthia K. Hartz, Julie A. Lair of Clinton, Jean L. Burlingame and Janet P. Bark of Arkeny, Iowa.

He was preceded in death by his nephews, Joel L. Ludvigsen and James F. Ludvigsen of Morrison, Ill.