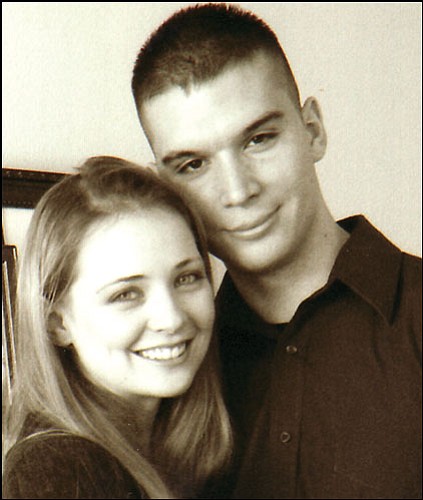 The parents of Andrea N. Webb of Virginia Beach, Va., Doug and Pam Webb of Simi Valley, Calif., are pleased to announce the marriage of their daughter to Timothy B. Barg of Virginia Beach. The groom is the son of Naomi Holtzen and Robert Barg of Kingman. The wedding was held May 9, 2009, with Pastor Bill Phillips officiating.

Andrea graduated from Kingman High in 2003, then graduated from Bryman College with Presidential Honors in 2005 with a Dental Assisting certificate. She has been working for Dr. Catherine Chung in Simi Valley for four years. She plans to extend her education; her goal is to become a dental hygienist.

Tim also graduated from KHS in 2003. Shortly after he joined the United States Marine Corps, which he is still serving today. He is an F-18 Hornet Aviation Electronic Technician. He was meritoriously promoted to sergeant shortly before leaving his tour in Iraq in 2006. He recently returned home from a tour in Japan. He is currently an instructor, teaching Marines and sailors to become F-18 electricians.