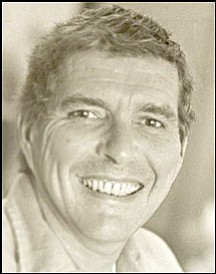 A memorial service for James A. Gray, 72, is slated for 10 a.m. Friday, May 29, at Sutton Memorial Funeral Home with Dr. Scott Mayfield of Denver officiating. Interment will be in the columbarium of Grace Lutheran Church.

He was born on Jan. 29, 1937, in Royal Oak Township, Mich., to the late William L. and Lura Gray. He served four years with the United States Air Force assigned to the 431st Air Refueling Squadron.

He moved to Kingman with his family in 1973 where he was employed as a wholesale distributor of Carnation Dairy Company, a position he held until the company eliminated the independent distributors. During this period, he purchased Star's Laundry and renamed it El Mirage Laundromat.

In 1979, he became a contractor employee with the United Postal Service, moving mail to and from Kingman and Las Vegas.

After retirement, he and his wife moved to Texas, where they resided for several years before returning to Kingman due to Jim's failing health.

He was preceded in death by his parents and three sisters, Orene Wheeler of Michigan, Maxine Atchison of Arkansas and Billie Minyard of Virginia.

Survivors include his wife, Jo; daughters, Debra Fimbres and husband Sergio, Vonda Neal and husband John; grandsons, Damian Fimbres and wife Candace, and Mason and Daniel Neal, all of Kingman.

The family suggests, in lieu of flowers, donations be made to the American Lung Association.