KUSD hit by $1.5M in state budget cuts
Purchases of text books, buses will be put off again 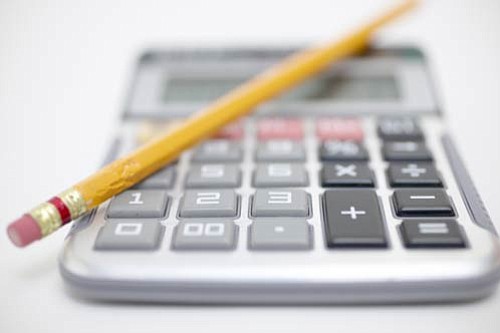 KINGMAN - The Kingman Unified School District's annual operating budget is set to drop by $1.5 million following the announcement of more than $144 million in statewide public education cuts agreed upon by the state Legislature Monday.

District Finance Administrator Wanda Hubbard said the cuts were not wholly unexpected. During this year's budgeting process, she said the district worked on the assumption that the smaller education budget originally agreed upon by Leglsiative Republicans in May would be the figure schools would most likely have to work with, despite Gov. Jan Brewer's restoring millions to the education budget with a pair of line-item vetoes in June.

"We were warned, 'Don't spend that money the governor gives you,' so we didn't," Hubbard said.

Instead, the $1.2 million saved by Brewer's vetoes was placed into a reserve fund in the belief it would be taken away eventually. And so it has.

"They cut a little more than we thought they were going to," Hubbard said. "I was expecting a million-two, million-three, and they cut a million-five. But we should be OK, provided they don't cut any deeper. If they do that, I might start to sweat."

Hubbard said the cuts will come from KUSD's $40 million soft capital fund, which covers any costs directly related to students, including transportation, books, desks, supplies and nearly all other non-administrative costs. She said the cuts will most likely affect KUSD's budget for new textbooks.

"We're on a five-year rotation, so (the oldest books would) be six years old right now," she said. "We were able to buy some this year - we weren't able to do a full adoption - but with these cuts, it'll push us up to at least six years, maybe seven in some cases."

Until the budget situation turns around, Hubbard said the district will switch its focus from purchasing new textbooks to simply replacing lost or damaged ones, possibly with pre-used copies. It will also take this approach to its fleet of school buses, which will also be affected by the budget cuts.

The district's 84 school buses are currently on a 15-year rotation, meaning each bus is scrapped and replaced with a new one after 15 years of use. Hubbard said this equates to about five new bus purchases each year, with each bus costing between $100,000 and $125,000, though the district has already fallen behind that schedule in recent years.

"We were only able to buy two last year. This year we weren't able to buy any, and next year's looking poorly also," she said. "So that means we'll be behind at least two-and-a-half years before we're in a position to start getting back into that rotation."

That means the district is going to have to spend more money to maintain its existing fleet of buses, servicing them more often and replacing engines and other parts as needed. Hubbard said that plan may work for now, but it will only be so long before the cost of maintaining the aging fleet begins to outpace the cost of simply replacing it.

"At some point, it will no longer be fiscally prudent to keep maintaining something so old," she said. "Unfortunately, we just don't have a choice right now." Hubbard maintained, however, that student safety would remain of utmost importance to the district, and that no student would be allowed to ride on a bus deemed unsafe.

But Hubbard wondered what remains in store for the district, considering that the $144 million in statewide cuts still leave more than $1.5 billion in budget deficits the Legislature has yet to address. While KUSD remains fiscally sound and charter schools such as the Kingman Academy of Learning have not yet been affected, Hubbard noted that spending for education still makes up about 43 percent of the state budget, which rises to more than 50 percent when pre-kindergarten and post-secondary education are added.

"Education is half of the state spending," she said. "With them being so far away from a balanced budget, I don't know that we can hope they won't cut again."

All the same, District Superintendent Roger Jacks maintained that his district remains solvent and should stay so for the foreseeable future.

"We've managed our money very well, we've prepared for these cuts, we knew they were coming, and so far they're within the cuts we prepared for," he said. "So far we're in a good situation.

"We'd like to be in a great situation, but that's just the situation Arizona's in with the deficit at the present time."