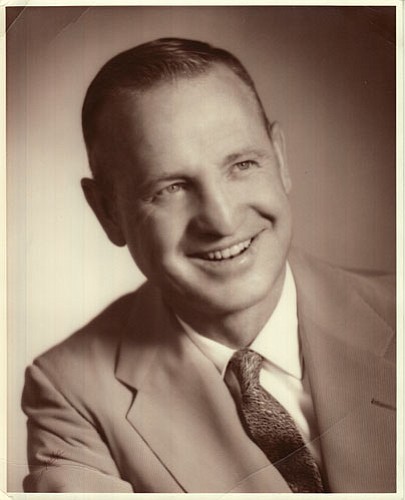 Raymond Rucker passed away peacefully at home, surrounded by family on Thursday, Oct. 1, 2009. Raymond was born Oct. 19, 1923, the third of seven children to the venerable Arizona pioneering family of Oscar and Margaret Rucker, in Regina, N.M. The Rucker family returned to Arizona and purchased a ranch at Fort Mohave on the Colorado River where young Raymond learned the ranching business and attended a one-room school built especially for the Rucker children. He witnessed the building of Hoover Dam and was present at its dedication by President Roosevelt on the Nevada side, while Raymond's future wife, Norma Jean Fox and family, viewed the proceedings from the Arizona side. Later Raymond and Norma Jean met while both were attending Kingman Grammar School. He graduated from Mohave County Union High School and served in the U.S. Navy on the submarine, U.S.S. Bluefish, in the South Pacific until the end of World War II.

Raymond and Norma Jean Fox were married in October 1945 and made their home in Kingman where Raymond began his career in the automotive trade and later was the owner of Hualapai Shell Station and City Center Auto and RV with his wife, Norma Jean. Raymond invested his GI Bill in pilot training and earned extensive ratings. He was an accomplished outdoorsman and an avid boater who loved water sports. Raymond was active in the community as the founder and president of the Northwestern Arizona Mohave Vent Riders chapter of the Submarine Veterans of World War II. As a founder of Kingman Racing Association, Raymond built a dirt track and competed against other jalopies driven by Kingman's finest WWII veterans. Raymond served as commander of the American Legion Post 14, president of Junior Chamber of Commerce, and as a business member of Kingman Chamber of Commerce. He was praised by all who knew him for his kindness and generosity, his can-do attitude and his vast mechanical and engineering knowledge that inspired and helped many people.

The memorial services will be held at 10 a.m. Friday, Oct. 9, at Sutton Memorial Funeral Home, followed by graveside services and a brunch. In lieu of flowers, the family encourages donations to KRMC Hospice or to Mohave Museum of History and Arts. The family extends gratitude for the prayers and support offered by many, and a heartfelt thank you to KRMC Hospice for the care and assistance during Raymond's illness.