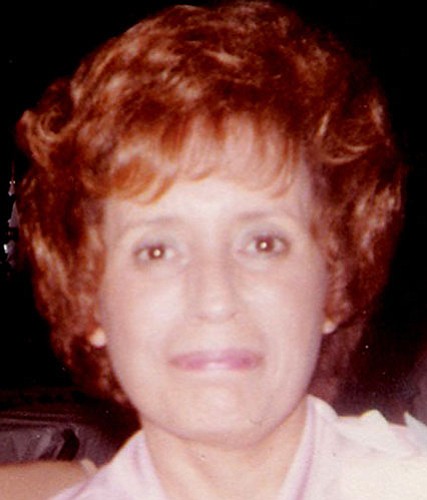 Lucy Tapia, our beloved mom and nana, died peacefully in her sleep on Sept. 23, 2009, at the age of 78 at NDG Home Care in Tempe. She was born Feb. 14, 1931, to the late Ygnacio and Dolores Esquibel in Kingman. She attended and graduated from Mohave County Union High School in 1950. She married the late Luciano (Chano) Tapia in 1954 and they lived together in Kingman before relocating to Mesa to be closer to their children.

Lucy served as legal secretary for Frank X. Gordon Sr., from 1952 until his death in 1968. Her memories of this time and the Gordon family were cherished. She then volunteered for the Mohave Health Clinic in 1969 as a clerk typist. From there she held various titles in the Health Department before becoming administrative director for Mohave County Health Department in 1976. She enjoyed the challenge of this position and she attributed the success of the department to her staff. She reluctantly retired in 1990 due to health issues.

After retiring, the family purchased a cabin in Forest Lakes, Ariz., where they spent their summers. She loved gazing at the multitude of stars at night, the abundance of wildflowers, and all her critters. She even had some eating out of her hand.

Lucy is survived by her daughter and her husband, Cathy and Bill Bursley; her son, Mark Tapia; three grandchildren, Michael, Erica and Kyle; a sister and her husband, Catherine and Joseph Murillo; and one brother, Joe Esquibel. She is further survived by nieces, nephews, other relatives and many friends. In addition to her parents and spouse, she was preceded in death by a sister, Irene Asabes, and a brother, Refugio Esquibel.

If Lucy were here to speak to us, she would remind us to be kind to one another, do the best we can, and be kind to animals.

A celebration of life will be held for her from 1 to 4 p.m. on Friday, Oct. 23, at the Kingman Elks Lodge, 900 Gates Ave. Memorials can be made to the animal welfare charity of your choice.

At her request, she was cremated. A private ceremony will be held at a later date.