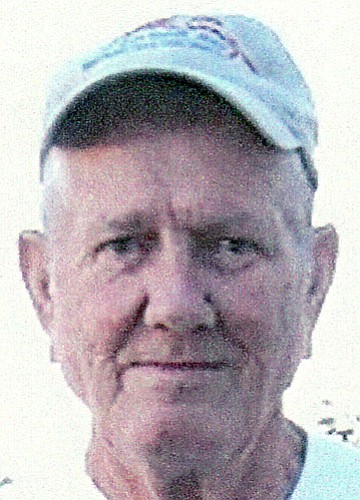 Harry volunteered to serve his country, enlisting in the United States Navy in 1954. He was a veteran of the Korean and Vietnam wars, and honorably retired after 20 years of faithful service. Harry was a "sea-going sailor" spending the majority of his service deploying on 9-month cruises on aircraft carrier flight decks. He was a lifetime member of VFW Post 3516.

Upon retirement, he remained in California pursuing his passion as an exceptionally gifted auto mechanic. In 1975, he moved his family to Atwater, Calif., to raise his children as he had been as a child, instilling in them a love of farming and raising livestock. With his older children pursuing lives on their own, he built a home in Raymond, Calif., where he finally retired to pursue his loves of camping, fishing, fresh air, playing pool, and lifelong friendships.

After tragically losing his daughter Janet in 1993, he fulfilled his lifelong dream of returning to live in Oklahoma. Declining health led him to again move in 2002, settling this time in Kingman where he continued to mentor his children, watch his grandchildren grow, and spend the remainder of his days faithfully and lovingly devoted to Shirley, his wife and best friend for more than 45 years.

Harry had so much love for his family and will be sorely missed by his wife Shirley; his beloved mother-in-law, Dodie of Winnipeg, Manitoba, Canada; his sister, Dorothy Headley of Turlock, Calif.; his children, Andrew and Renate of Puyallup, Wash., Carl of Oakhurst, Calif., Sean and Kristi of Kingman, Christopher of Bullhead City, Tom of Belfair, Wash., Bernice of Port Orchard, Wash., Joanne of Poulsbo, Wash.; 24 grandchildren; 16 great-grandchildren; and numerous relatives and friends throughout America and Canada.