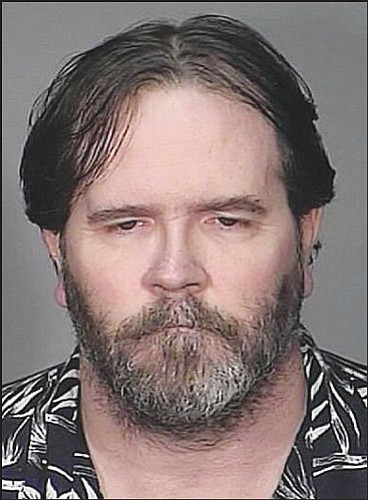 KINGMAN - A Kingman man accused of sexually abusing a mentally challenged woman said he had no choice but to accept a plea offer from the state.

Leston Harry Coleman, 44, faced charges of one count of sexual assault, a class 2 felony, and one count of vulnerable adult abuse by domestic violence, a class 4 felony.

According to police, Coleman engaged in sexual activity with a severely mentally handicapped 28-year-old woman. He allegedly gave the woman a ring and told her they were married.

County Attorney Megan McCoy said the woman has the mental capacity of a 7 year old.

Coleman accepted an Alfred plea from the state, which is similar to a no-contest plea in which a defendant acknowledges that there is some evidence against him but is not formally admitting guilt. Under terms of the agreement, the state dismissed the class 2 felony of sexual assault. Had Coleman been found guilty of that count, he would have faced up to 14 years in prison and would have been required to register as a sexual offender.

Coleman faces probation or up to three years and nine months in prison for the charge of adult abuse by domestic violence.

As part of the agreement, possible registration as a sexual offender is left at the judge's discretion.

Coleman, who was visibly agitated throughout the hour-long hearing Wednesday, said police were "twisting words" and omitting statements from the victim and other witnesses.

"With the corruption going on, I have no choice but to plead no contest because they're setting me up," he said.

Coleman said the victim was possibly abused by another individual. A police report does not mention a second suspect.

Police learned of the abuse after the victim's mother brought her to the police station. The abuse is alleged to have occurred between Jan. 2007 and March 13, 2009.

Staff at the Mohave Mental Health Clinic evaluated Coleman and said he did not appear to be a viable candidate for a Rule 11 mental evaluation. Coleman said he took the deal because he didn't think he could get a fair trial.

"I'm big, I'm hairy, I'm scary looking. Who are they going to believe?" he said.

He will be sentenced Oct. 8.