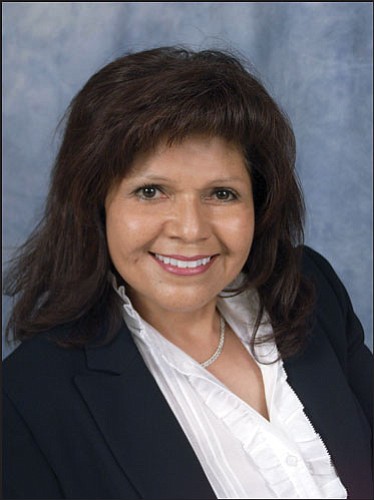 KINGMAN - After more than a year, the Arizona Auditor General's Office has released its highly critical audit of the Mohave County Treasurer's Office investment policies and procedures that were in effect during the tenure of Lee Fabrizio.

The state audit was initiated last August by the Board of Supervisors following the resignation of Deputy Treasurer Janet Barker and a related internal review, plus a highly publicized grievance against the policies of both then-Treasurer Lee Fabrizio and Barker, which led to a human resources investigation that shed light on several policy and procedural problems within the office.

Byers' letter also charged Fabrizio's office with entering into an oral "safekeeping/custody" arrangement with Merrill Lynch while failing to pursue any formal procurement process. Byers claimed this agreement allowed the firm "to invest liquid funds in their daily rate accounts, for which they have an implicit fee ... surely (to) exceed $35,000 per year."

The letter further claimed that two retail brokers utilized by Fabrizio's office "left Merrill Lynch and are now employed by UBS (a global financial services organization in Switzerland). Within a week of this job change, our treasurer entered into an oral agreement with UBS to move the 'safekeeping/custody' of (Mohave) County funds from Merrill Lynch to UBS."

Once again, Byers wrote, no procurement procedures of any kind were followed.

This Aug. 28, more than a year after the audit was initiated, Davenport sent copies of the results to current Treasurer Melissa Havatone and the board. "We noted certain deficiencies in internal controls that the Treasurer's Office should correct to ensure that it fulfills its responsibility to establish and maintain adequate internal controls," Davenport wrote. "Our work was also limited as the treasurer in office at the time (Fabrizio) of our review declined to meet with the audit staff and the deputy treasurer (Barker) primarily responsible for the investment function had resigned."

The lack of a sufficient paper trail was another concern for the auditors.

Policy requires brokers to meet specific requirements to do business with the county, and required paperwork, including a signed approval by the treasurer, must be completed. However, the report charges that, of eight files selected for review, all eight failed to retain such supporting documentation.

The report also charges that the office's existing investment policy was "vague" and failed to include policies and procedures for key investment functions, such as reconciling investment balances with the corresponding monthly statements. Auditors noted that that policy alone could have saved the county more than $12,000 in unnecessary charges, had it been in place. Those charges were finally discovered by the Treasurer's Office more than eight months after the fact, and were subsequently credited back to the county.

Another major factor in the audit was the office's lack of any systematic method of allocate its investment earnings. As a result, from October 2006 through June 2008, the Treasurer's Office failed to consistently allocate interest to its investment pool participants. Auditors also learned that the Treasurer's Office had been holding a $5 million Lehman Brothers' corporate bond in the investment pool. Lehman Brothers filed for bankruptcy on September 15, 2008, yet the Treasurer's Office continued to carry the bond at cost, as it did not have a systematic method in place for allocating investment losses, leaving participants unaware of their reduced balances available for future expenditures.

The audit, which was based on the policies "as of June 30, 2008," made four specific recommendations of the Treasurer's Office: that it improve its controls over the safeguarding of investments, retain supporting documentation for its investing activities, complete its written policies and procedures for investments, and develop a systematic method to allocate investment earnings and losses.

Havatone has issued a response to the audit results asserting that, since she took office, a number of procedures have been implemented in keeping with the auditors' recommendations.

To improve controls over safeguarding investments, Havatone said her office has Chase bank, with the safekeeping agreement approved by the Board of Deposits.

"All securities were moved into this account," Havatone wrote. "Transactions for trades are made through a separate DDA account with Chase. The payment for each transaction is made as the security is delivered into the safekeeping account."

She further noted that investment advisors are working with her office, but that they do not have access to either of the accounts.

Havatone said the county has approved and adopted a new investment policy and it now reconciling investments to monthly statements. The Lehman Brothers loss, she noted, has since been allocated and pool participants have been properly notified. The security has been placed in a separate investment pool.

"We have taken these steps to prevent any future procedural discrepancies and to ensure proper investment and oversight of county funds," Havatone concluded.