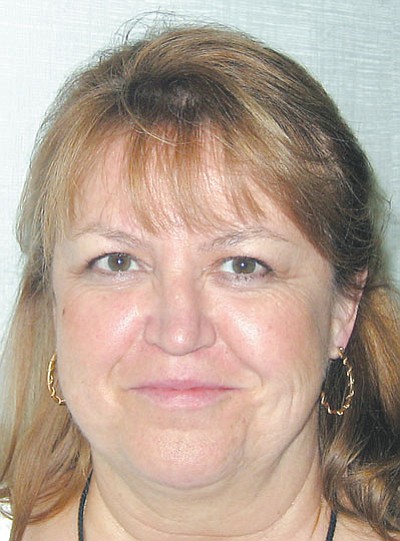 KINGMAN - A temporary 1-cent sales tax increase on the May ballot could mean a $2.5 million difference for the Kingman Unified School District, whose Fiscal Year 2011 budget picture is already looking decidedly less-than-optimistic.

According to KUSD Finance Director Wanda Hubbard, the district is anticipating upwards of $2.4 million in cuts to balance next year's budget, and that's just if Proposition 100 passes in the May 18 special election - hardly a certainty, given the already difficult economic conditions many Arizonans are facing.

But if the proposition fails, those cuts would have to be more than doubled to balance the district budget, resulting in potential widespread layoffs, pay cuts and, paradoxically, the dropping of hundreds of classified employees' health insurance coverage.

She said the district is attempting to take an across-the-board approach to any cuts it does make, attempting to cut small amounts everywhere rather than make a large cut to any single area.

"One of the things that's very important to us and our board is that we maintain the four A's: academics, arts, athletics and activities," she said. "Basically, the philosophy is we need a well-rounded education for our students, and we're trying to maintain a well-rounded approach to this, so we'll see reductions across-the-board."

Proposed cuts are sorted into two phases - "Phase I" indicates the initial $2.4 million worth of cuts that must happen, regardless of whether Prop. 100 passes or not. "Phase II" are cuts that will definitely occur if Prop. 100 fails, but that may also be implemented partially if the measure passes but doesn't bring in the amount of tax revenue it's expected to.

"The concern we have is that it passes but we won't get all the revenue, and then we're at some point in between," Hubbard said. "We need some kind of hedge against that, and some things in Phase II might consist of that."

Some of the cuts proposed in Phase I are being carried over from the current fiscal year. These include one unpaid furlough day for all classified and certified employees, with additional days for administrators and the superintendent.

"That saved about $145,000, so doing that again next year obviously doesn't get us all the way to where we need to go," Hubbard said.

Phase I will also include about $400,000 in cuts to individual schools' discretionary budgets, which are used throughout the year to purchase replacement equipment and books, janitorial supplies, desks and the like. The district will save another $90,000 by suspending "lane changes," a term used to refer to pay increases some teachers can get for furthering their own educations.

"We also reduced stipends last year, and we'll keep those down," Hubbard said. "Those are extra-duty pay, like if someone's going to run the chess club, they'd get money for working with the club after school, coaching, things like that. Some of them are cut out completely, and we actually have the principals make decisions for that, site-by-site."

Cutting stipends, she said, will save the district about $100,000. Another $85,000 in savings will come from continuing cuts to the athletics department's budget for new uniforms and equipment as well as transportation to and from games, however, Hubbard said the district wants to avoid cutting out athletics entirely or moving to a pay-for-play system that could discourage some students from participating.

"Some districts are saying they'd totally cut their sports program out, and we don't believe in doing that," she said.

By far the biggest cut in Phase I is the proposed reduction of up to 40 classified (non-teacher) positions. Hubbard said the move could save the district as much as $700,000, but how and where the cuts might be imposed are still up in the air.

"We're still trying to figure out how to make that happen," she said, noting that it wasn't clear whether the cuts could be accomplished solely through attrition or would require layoffs. "Even though we have turnover enough to accomplish that, it won't necessarily be in the right areas."

Other cuts proposed in Phase I include cutting spending at the district level, axing four paid holidays for teachers, cutting one district administrator position, and reducing three teacher positions to account for declining enrollment of about 90 students. Those four moves combined will save another $500,000.

The hourly threshold to stay on the district's health insurance plan is proposed to increase from 30 hours to 35 hours, saving the district another $133,000. Simultaneously, the district also hopes to save $350,000 by reducing nonessential hours for classified staff.

"We're looking at all the calendars," she said. "Do we need them all the days we're currently paying them to work, or can we skinny that down?"

Hubbard said the above cuts combined come to just about $2.4 million, likely the best-case scenario for the district. If Prop. 100 fails, however, the picture starts to get even grimmer.

Perhaps the worst impact of the ballot issue's failure would be its effect on class sizes, which could increase by three in each grade level. That would bring K-2 class sizes to 28 students, with grades 9-12 topping out at 35 students each.

"That would eliminate 24 teaching positions and save $1.1 million," Hubbard said. "We really don't want to do it, and we're going to do this only if we have to."

Other Phase II cuts would include upping the health insurance threshold again, this time to 40 hours, which would save $350,000 but almost certainly cut out most of the district's classified staff. A district-wide 1-percent pay cut is another possibility, saving $250,000. Teachers would also have to continue paying $35 each month for medical benefits, a policy the district wanted to do away with but would have to maintain next year in order to save another $300,000.

Finally, Hubbard said the district could pull another $400,000 out of its roughly $1 million reserve fund to make up the remaining balance.

"That would probably get us to the $5.1 million mark," Hubbard said. "The caveat is, these will probably all happen if we get to $5.1 million (in deficits)."

Since teacher contracts must be sent out by April 15, Hubbard said the district is currently assuming the worst-case job scenario, "because we won't know until after the vote in May, and then we can always dial that back if it passes." She added, however, that all numbers are preliminary until more data is released by the state department of education.

The KUSD board is expected to take up formal budget discussions in June, with the new budget set to take affect July 1.