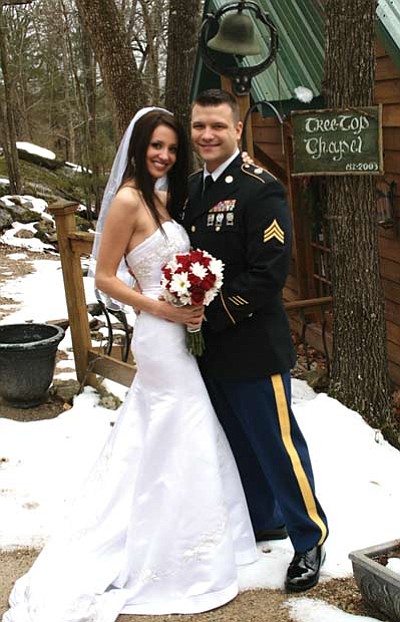 Clara is the daughter of Richard Nuckels and Dorothy Buckelew of Kingman. Her daughter is Madison Gregory, age 5. Clara graduated from Kingman High School in 2003 and now has a career in banking.

Christopher is the son of Geoff and Sharon Bracken of Kingman, and Walter Byron Brown of Carrier, Miss. He joined the U.S. Army in 2000 and is now a military police officer. He recently came home from his third deployment in Iraq. He is stationed in Fort Leonard Wood, Mo.

The bride and groom met as young teenagers in Kingman; they recently relocated to Saint Robert, Mo.