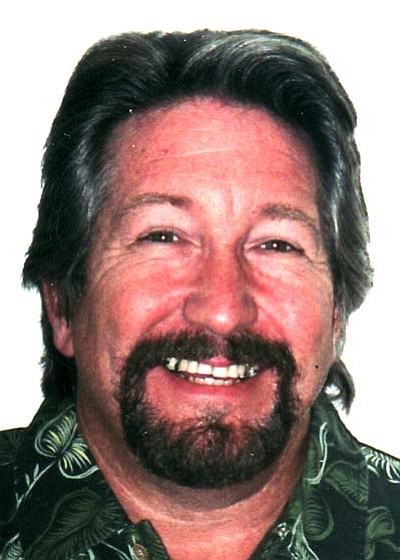 Terry worked as an aerospace quality control inspector and as an X-ray technician. He was also a prison guard in the Cadet Program at Arizona State Prison-Kingman in Golden Valley. He was a lay pastor in Cupertino, Calif.

Terry is survived by two sisters, Linda Mason and LouAnn Mixon, both of Arizona; two nieces, Bilinda Bacon of Kingman and Shawn Aguirre of California; three nephews, Chris Collins of Colorado, and Robert Mason and Lanson Buckhammer, both of Arizona; and 18 great-nieces and great-nephews.

Terry worked for three years at his sister Linda Mason's restaurant, then called Wild Bill's Café in Golden Valley. He spent his life glorifying Jesus. He taught Jesus' message of salvation with love and devotion throughout Southern California. Fishing and boating, and the love of the desert were a passion. He also made body-building a lifestyle.

The memorial was held at Assembly of God church. Pictures of his life growing up were presented to each family on a DVD movie, along with a booklet that included prayers and poems remembering our brother. Tropical flowers and plants filled the chapel with the fragrance of heaven.

His family wants to thank everyone with deep appreciation for love and support.

A miniature solar lighthouse was placed on the family site in memory of our brother and uncle at Chloride Cemetery in Arizona.