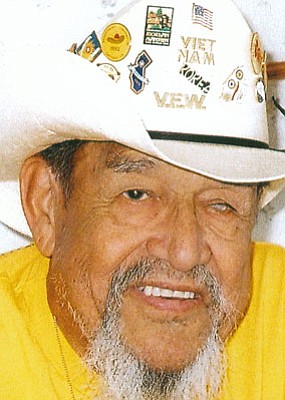 Daniel was a 30-year veteran of the U.S. Navy and served in the Korean War and the Vietnam Conflict. He proudly served as an active member of the Veterans of Foreign Wars.

Prior to moving to Arizona, Dan and Diane owned and operated Diane's Flower Shop in Lake Los Angeles, Calif., for several years.

Graveside services will be held at 11 a.m. Saturday, May 1, at Mountain View Cemetery, 1301 Stockton Hill Road.

In lieu of flowers, the family has requested donations be made to the Alzheimer's Association, 225 Grove Ave., Suite B, Prescott, AZ 86301, phone (928) 771-9257. To contact Diane Peña use the following e-mail address: flowers with pride@yahoo.com.