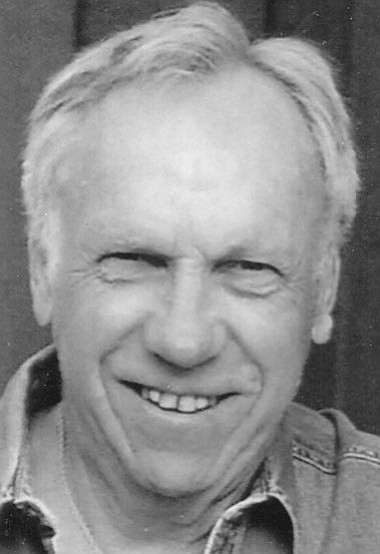 Roger Rolands passed away peacefully after a 2-year battle with cancer on Monday, July 26, 2010, at his home in Lake Havasu City, with his loving wife Carma at his side. Roger touched the lives of countless friends and family and left a lasting memory with everyone who knew him. Roger was born on March 11, 1936 to Iver and Hazel Rolands.

He grew up on a farm in Glenville, Minn., where he acquired a love of farms and ranching. Roger graduated from Albert Lea High School in 1954. In 1955, Roger enlisted in the United States Army and proudly served with 101st Airborne Division and was honorable discharged on Aug. 9, 1957. Roger moved to California in 1961, where he owned and ran a window washing business and met Carma Harris. Roger and Carma were married on Jan 18, 1975. Roger and Carma have owned and operated Rayne Water since moving to Lake Havasu in 1978. In 1996 Roger and Carma purchased the Getz Ranch in Kingman, fulfilling a life-long dream. Some of Rogers's happiest days were spent on the ranch with his devoted dogs, enjoying nature, exploring the desert and caring for his many animals.

Roger was a member of Mount Olive Lutheran Church as well as several organizations, including the Elks, Eagles, Moose, American Legion and Texas Long Horn Association.

A Celebration of Life will be held at 11 a.m. Saturday, Aug. 7, at Shugrue's Bridgewater Room with a reception to follow. In lieu of flowers, contributions in the name of Roger Rolands may be made to Hospice of Havasu, 365 S. Lake Havasu Ave., P.O. Box 597, Lake Havasu City, AZ 86405.

The family wishes to express their deepest gratitude to Hospice of Havasu for the excellent and professional care they provided during Roger's illness. Also, Patty and Amber are to be commended for their assistance and loving care in his final days.

Thoughts and condolences may be submitted to the family at www.lietz-frazefuneralhome.com. Arrangements were placed under the care of Lietz-Fraze Funeral Home and Crematory, Lake Havasu City, Ariz.