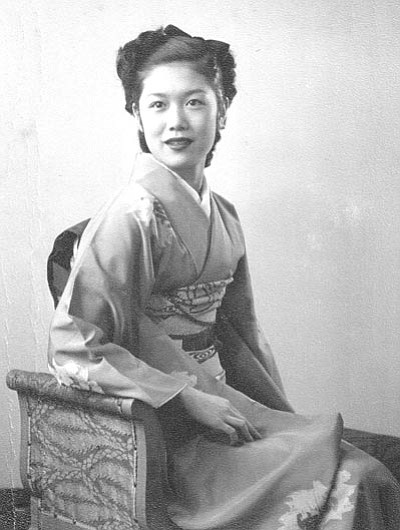 During the evening of Thursday, July 22, 2010, Hatsuko Coursey passed away peacefully in the arms of her husband. She was born in Japan in October of 1932.

Hatsuko was a gifted classical dancer and was admired in Japan for the beauty of her art. She was in commercials, appeared in the movie "Banana Musume" and even danced for the Emperor of Japan.

Hatsuko grew up during very tough times and was often the sole supporter of her family during her teenage years. Hatsuko gave up a blossoming career for her love, Bill Coursey.

In 1949, she met her future husband. He was in the Army and was stationed in Japan. Although they barely spoke each other's language, they soon fell in love and planned to be married. It took over six months for Bill to get U.S. approval for their marriage and their marriage was the last marriage allowed under public law 717, which made possible more than 1,300 G.I.-Japanese marriages.

Hatsuko and Bill returned to the U.S. and spent time in the San Francisco Bay area and Mill Valley. They later moved to Bill's hometown, Kingman, and resided here until 2002. Due to advancing age, they decided to move to the Big Island of Hawaii so Hatsuko could feel more at home. After an illness in 2007, they returned to Bill's hometown.