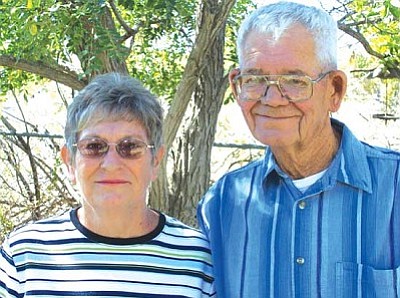 On Aug. 8, Clinton and Christine Dudley celebrated 51 years of marriage. They were married Aug. 8, 1959, in Payson. A Golden Anniversary party was held in the couple's honor last August at the historic CI Ranch in Christopher Creek, Ariz., where more than 150 family and friends attended. The couple moved to Kingman in 1967; both are Arizona natives. They have two children, Paula Acker of Bullhead City, and Kenneth Dudley of Kingman; and six grandchildren.