In Memory of: Tawny Michelle Mitchell 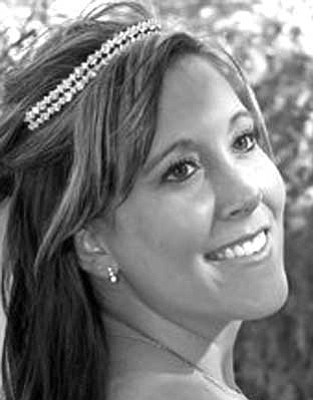 Tawny Michelle Mitchell (Kemper) was born in 1986 in Farmington, N.M., and lived in Kingman for 20 years. She died in Kingman at age 24 on Saturday, Dec. 4, 2010. Tawny graduated from Kingman High School in 2004 and was married to Zachariah Mitchell in May of this year.

She has worked for Goldberg and Osborne for the past 2 years and Taco Bell Company for many years prior. Tawny was known for her compassionate and benevolent nature. She rescued stray animals all her life, cherished time with family and friends, and gave her time to help others through miscellaneous fundraisers, Relay For Life and Troops Overseas. Tawny melted hearts with her amazing smile and infectious laugh. She loved the outdoors - hiking, off-roading, camping, swimming, and riding on thrill-rides. In her words, "I've been through some hard times in life, but have surpassed them all and grew stronger from each. I wouldn't change a thing and don't regret one moment." She will be missed dearly by all who knew her and will live forever in our hearts and memories.

Tawny was preceded in death by grandparents, Tom and Carla Hockenhull, Caroll Hilton and Michael Mullen as well as uncle, Al Hilton; and cousins, Angel Godbehere and Hailey Burrow.

Services for Tawny Mitchell (Kemper) will be held Saturday, Dec. 11, at the Kingman Christian Church, 2830 Gordon. The doors will be open at 9:15 a.m. and we will start at 10. Donations will be appreciated in lieu of flowers.