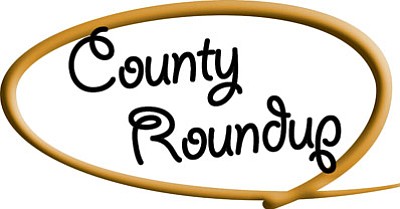 An attorney for a Lake Havasu man facing the death penalty is seeking another appeal for his client. Daniel Wayne Cook was convicted of murdering two men in Lake Havasu in 1987. His attorney, Michael Meehan, has filed a request for post-conviction relief in the Mohave County Superior Court and the Arizona Supreme Court. Cook was recently diagnosed with Post Traumatic Stress Disorder and an organic brain dysfunction that may have been caused by sexual and verbal abuse when he was a child. Meehan argues that these conditions may have affected Cook's judgment on that fateful day in 1987. He also argues that if the prosecutor had known about these disorders he may not have asked for the death penalty in the case. Meehan has also filed a lawsuit against the state challenging the use of sodium thiopental in the execution process. He argues that the state obtained the drug unlawfully and Cook would suffer pain if it was used during his execution. The Arizona Supreme Court has postponed issuing an execution release for Cook until Dec. 30 so that Meehan's arguments can be heard.

Bullhead City Council members Sam Medrano and Kathy Bruch will have some competition in the March Bullhead City primary elections. Mike Sirchia, a retired businessman, turned in the necessary signatures Wednesday to be placed on the ballot. Mayor Jack Hakim is still running unopposed.

A Bullhead City man received two misdemeanor citations from Arizona Game and Fish on Dec. 4 for killing a great blue heron at RiverView RV Resort and Golf Course. Edwin Jess, 78, is charged with misdemeanor animal cruelty and taking out of season. No federal charges have been filed. Witnesses reported seeing Jess driving a golf cart along the bank of a pond at the RV park. He allegedly got out of the cart and struck the bird in the neck with a golf club. Witnesses said he then struck the bird several more times, killing it. According to Game and Fish, Jess appeared lack remorse, smiling and laughing while officers interviewed him. He allegedly told Game and Fish officers first that he thought the bird was a statue, then that he thought it was sick and finally that he was tired of the bird eating fish from the pond. According to Game and Fish, herons are protected by the federal Migratory Bird Treaty Act of 1918, but are not on the endangered species list.

TNT Fireworks and Round Eyes Fireworks have set up a temporary shop in Lake Havasu City. The companies will be selling a variety of fireworks from 10 a.m. to 10 p.m. every day until Dec. 29 at 3193 N. State Route 95 and Lake Drive. They will sell fireworks 24 hours a day Dec. 30-Jan. 1. The companies accept cash and credit.

Angie Lara was sworn in as the Bureau of Land Management's new Colorado River District Manager on Dec. 7. Lara was temporarily assigned to the position in March and then named director in August. She has 25 years of service in the bureau. She will oversee the Yuma, Kingman and Lake Havasu BLM field offices.

The Bureau of Land Management will not impose fees for competitive events at Lake Havasu until an environmental assessment of the lake to determine special recreation permit regulations is completed. The assessment is expected to be completed this summer.