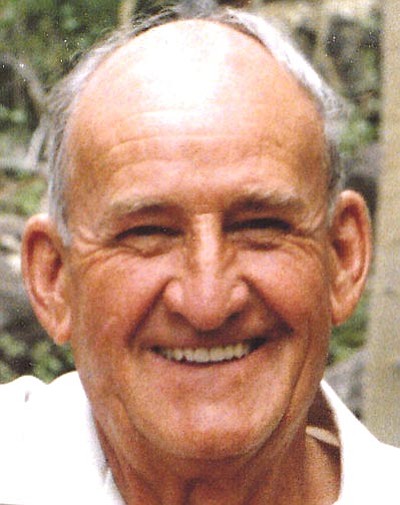 As a carpenter, Joe participated in much of the development of Southern California. He ended his career in the construction trades as a superintendent. While in La Mirada, Joe joined the Masons and was active in the Fullerton Lodge.

A veteran of WW II, Joe earned both the Bronze Star and the Purple Heart during his service. He was an anti-aircraft gunner in North Africa, at Anzio in Italy, and elsewhere in Europe with the 895th Anti-aircraft Artillery Battalion. Joe was active in both the Kingman and Chloride posts of the Veterans of Foreign Wars.

Joe and his late wife Ruth moved from La Mirada, Calif., to Golden Valley 28 years ago when he retired. Joe spent a lifetime fishing, and loved both fishing for trout and bass at Lake Mead, Lake Mojave, the Colorado River, and numerous lakes and streams around Escalante, Utah. Both Joe and Ruth enjoyed summers in Escalante fishing and gardening for many years.

Joe is survived by his sons, John Adjutant and Andy Boardman; and his daughter, Connie Boardman. He also had four grandchildren and five great-grandchildren.

He was preceded in death by his wife of 52 years, Ruth Lucille Boardman; and his sister, Helen Boardman.