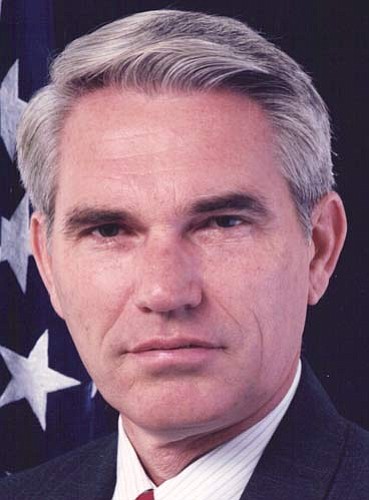 Born on July 31, 1941, to Paul and Dorothy Wallace, John was raised in Kingman. Following graduation from the University of Arizona in Tucson with a degree in Public Administration, he was commissioned a 2nd Lieutenant in the United States Marine Corps. He served as an air traffic control officer at Marine Corps Air Station, Cherry Point, N.C., and Iwakuni, Japan, and rose to the rank of captain of Marines.

In 1968, John joined the Federal Bureau of Investigation as a Special Agent. His 26-year career included assignments in Cleveland, Minneapolis, San Francisco, Washington, D.C., and Quantico, Va., where he worked high-profile organized crime, kidnapping and counter-espionage cases. He was highly respected by his peers and received commendations from Director J. Edgar Hoover for his exceptional accomplishments. As chief firearms instructor at the FBI Academy in Quantico, he was responsible for training FBI and other police agency personnel from around the country.

John retired from the FBI in 1995 and worked for a short time developing new training facilities at the National Rifle Association Headquarters in Virginia. He and his wife moved to Greenville in 1996. John remained active in many organizations and provided services as a professional tour guide of World War I and II battlefields in Europe and the South Pacific.

John is survived by his wife, Doris of Greenville; daughter, Anjanette, husband and children of Norman, Okla.; son, Steven, a USMC major, wife and children of Quantico; and brother Bob and wife Lorraine of Prescott.

John loved to travel. With his wife of 43 years, he visited many foreign lands throughout Europe, the Pacific Rim, Australia and New Zealand. John will always be remembered for his extraordinary sense of optimism, tenacity and perseverance in overcoming obstacles with a "can do" spirit. His long battle with leukemia would have quickly defeated a man of lesser strength. His cheerfulness and positive attitude during his difficult illness was an inspiration to his family, friends and medical staff.

Memorial services will be held in March at the Marine Corps Historical Museum at Quantico.