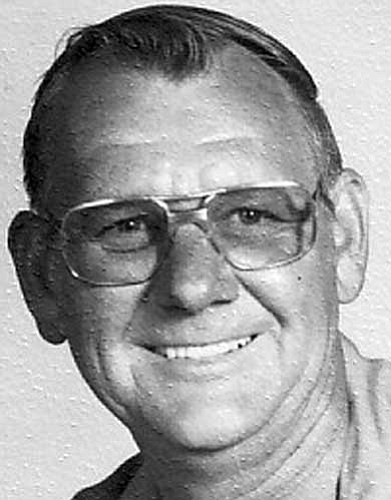 Jerald W. Steed passed away Saturday, Feb. 20, 2010. He will be cremated at his request. Jerry "Sonny" was born in Jessieville, Ark., on March 13, 1934, to Marvin Harris and Leah Deborah Jones. He moved to Arizona in 1941 and attended Kingman High School.

Jerry had a distinguished military career, serving in Korea and Vietnam on EC-135 aircraft, and serving 21 years as an Air Traffic Controller in the U.S. Air Force from May 1951 to March 1972.

He was preceded in death by his daughter, Vivian Ilene Steed; his mother and father, Harris and Leah Jones; his sister, Wilma Jean Young; and brothers, Derald and Lowell. He is survived by his loving wife of 57 years, Charlene Steed; daughters, Vicki Maxwell (James) and Deborah Walters (Steven); and sons, Jerald Wayne, Robert Allen and Charles Marvin (Chris). He is also survived by one sister, Rillis Campbell; one brother, Kenneth Steed; 14 grandchildren; and numerous great-grandchildren and family and friends.

He enjoyed traveling, doing things with his grandchildren, hunting, fishing, family reunions, trips to Australia and Florida, and enjoying family.

A celebration of life will be held at noon Wednesday, Feb. 24, at First Assembly of God, 1850 Gates Ave., with a potluck meal.