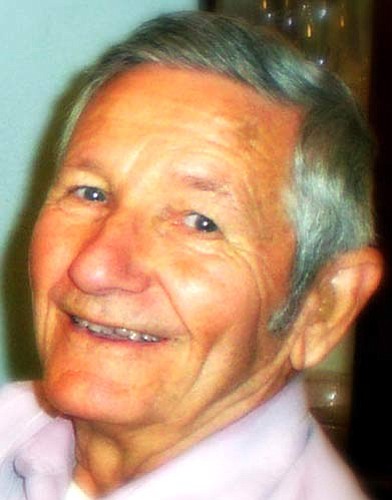 Floyd L. Cruse was born May 25, 1925, in Cookie Town, Okla., to Overton and Samantha Cruse. He passed away Dec. 21, 2009, in Elk City, Okla., at the age of 84 years. Floyd grew up in Arven, Calif. He entered the United States Navy and served his country during World War II in the Pacific Theater. He was married to Zelma Irene (McLain) in Bakersfield, Calif., on May 8, 1943. After his discharge, Floyd and Zelma lived in California where they worked in agriculture.

Floyd was preceded in death by his parents, 10 brothers and sisters, and infant son. He is survived by his wife, Zelma; daughter, Donna Kasch and husband Bill of Longview, Wash.; son, Tom Cruse and wife ViAnn of Kingman; son, Mark Cruse and wife Diane of Elk City; three sisters, Barbara Shepherd, Wilma Warner and Dorothy Cruse of California; two nephews, Fred and Gene of California; 11 grandchildren, 24 great-grandchildren and many friends and relatives.