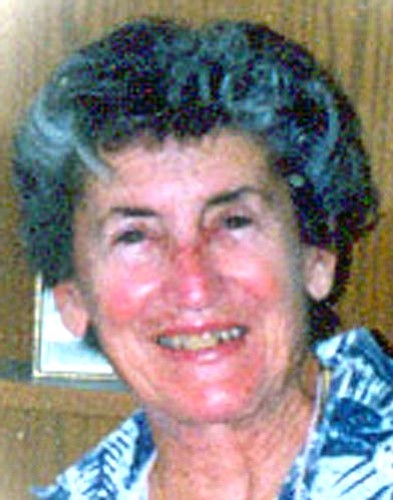 Jeanne moved to Grand Canyon as a young girl. Her family moved to Kingman when she was in her teens.

After graduating from high school in Kingman, she graduated from Arizona State College (now ASU) with a degree in Physical Education. During these years, Jeanne enjoyed being a part of the Golddigger's Women's softball team, coached by her father.

She was also a team member of the PBSW Rambler's softball team. An injury stopped her playing career.

Her first teaching position came in 1953 at Kingman Elementary School. In 1956, she began teaching elementary P.E. for Phoenix School District No. 1 (Edison and Garfield Schools).

During her teaching tenure, she also co-owned and operated BonRic's Pet Palace with her life partner, L. Jean Bonham. Jeanne retired from teaching in 1984.

She continued working at the Pet Palace until 1992 when she and Jean Bonham moved to Payson.

Jeanne enjoyed hunting, fishing, camping and bird watching. She had a love and compassion for all animals.

She was a member of Order of Eastern Star and Daughters of Mohave County Pioneers.

Services will be held 11 a.m. on Saturday, July 10, at Messinger Payson Funeral Home, 302 W. Aero Drive, Payson, with a reception to follow at Masonic Lodge No. 70, Rancho Drive, Payson.

The family suggests contributions to Mohave Museum of History and Arts, 400 W. Beale St., Kingman, AZ 86401, in memory of Jean Ricca, or to any Humane Society or Second Chance shelter of your choice.