Column: Helping us be the best paper in the world 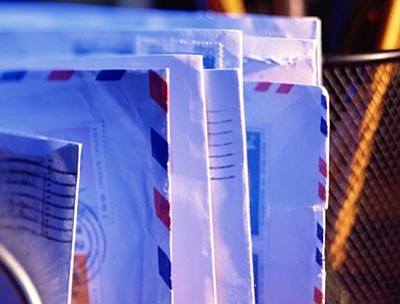 Your Kingman Daily Miner is not the best newspaper in the world. It's not big enough, we make stupid mistakes here and there, we miss stories ... I've heard them all. Even so, I'm generally satisfied with what we produce six days a week, and I'm proud of the work my staff and I put into the paper. I'm confident that we get it right more often than we mess it up.

That said, the best part of the Miner, in my humble opinion, is actually not produced by us. I'm talking about the letters to the editor, which I personally edit four days a week. Out of all my duties, editing the letters ranks No. 1 on my list of enjoyable tasks as editor. I love to read them, I love to get mad at them, I love to laugh at them ... and sometimes, more times than not in fact, they make me appreciate how special it is to live in such a vibrant community.

We get letters from every corner of the community, from every perspective, from every side of the political spectrum - and all from people who must be named and verified. Luckily for our newsroom secretary who's tasked with the responsibility of verifying them, many of the writers are repeat customers, and she rarely has to call them. We know their writing style, we know their e-mail addresses if they're sending them to us online, or we know what type of envelopes they use or how they sign their names. This will probably come back to bite us in the butt someday, but I hate having to throw a letter in the trash because the issue they're writing about has changed or some development has made their point moot.

We make getting letters into the paper quickly a top priority, which is why we receive so many, I believe. As most readers know, there are times when we fill an entire opinion page with them to get caught up. Same goes with the thank you letters. We ran them three days in a row recently because we had so many of them. I love that problem. I think it's crucial to allow readers a voice in their community, even when they're way off the mark. I've been criticized for this many times over the last six years, but I've developed a confidence that readers "in the know" will respond with the facts and set the record straight.

"How can you print a letter that you know isn't accurate?" more than a few readers have asked, mainly government officials. "What kind of an editor would knowingly print something he knows is bogus?" Well, I must admit, during my first few years, I simply didn't know they were wrong. I heard an earful, believe me. However, what transpired whenever it happened changed my outlook on the whole thing. I realized that, more often than not, readers would write in to correct the misinformed letter-writer, and I could print it for all to see. Sure, the casual reader may not "get it," but the constant reader would, and they're the folks I work for.

My belief is that if one person is totally wrong about something, than there's others who think the same thing. Maybe they'll adjust their thinking by seeing the facts laid out on the page. I've even printed letters that criticize me or the paper, and not too long ago, I printed a letter from a former P&Z chairman who called me out for wrongly calling him out. He labeled me a liar, and he was right, I didn't have the facts and deserved the harsh treatment. I'm still not going on his TV show, but I do respect him. I certainly love to mix it up from time to time. It's what makes this job fun.

While News Editor Rich Thurlow and I edit the letters to the editor, we try to edit with a scalpel rather than a saw. We want to keep in the flavor of the writing. Sometimes how a person says something is more telling than what they say. We do cut for space at times, which can be difficult because many of the letter-writers are better writers than I'll ever hope to be, and every part makes a solid point that just can't be cut out. I'll usually hold those letters until I have room to run them.

And then there's the letters that simply floor me. I remember a letter a few months back that was so poetic about the history of Kingman that I nearly cried while placing it on the page. If you want to read a tremendous letter that contains layers and layers of talking points, check out Ms. Smith's missive in Friday's Miner. Wow. There's so many issues in that letter that I could probably write 10 columns on the subjects she wrote about and still not adequately address all of her points. And none of them would necessarily be about baseball!

So, please, constant readers, keep writing letters to the Miner and we'll keep printing them. You make this paper, in my mind anyway, the best in the world.

Letter: Critical of style, not substance
Stick to the FAQs
Column: Living in the virtual world
Column: Miner picked, panned and picked again
KHS's 'Blue and Gold' hot off the press