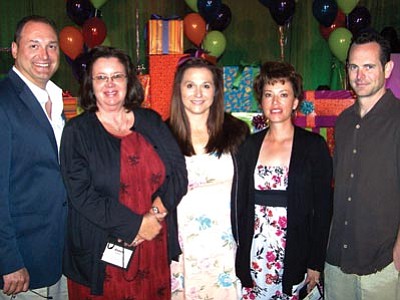 PRC recognized the KRMC Emergency Department with two "National Excellence in Healthcare" awards. PRC is in its 30th year of providing patient-satisfaction research for hospitals across the United States.

The KRMC emergency department (ED) received a "Platinum PRC Achievement Award" for its dramatic improvements in patient satisfaction. The platinum award is PRC's highest recognition of hospitals nationwide for achievement in improving care, as measured by patient feedback. Additionally, KRMC was named as a "2010 PRC 4-Star Hospital" for patient perception of emergency care. This designation is given annually to hospitals that score within the top 25 percent of hospitals nationwide whose patents rate the ED as "excellent" for overall quality of care.

The awards are based on ongoing PRC research, which involves confidential telephone interviews with patients to assess their perceptions of the care they received. The research findings are then presented to KRMC on a weekly basis to use in continuous improvement and enhancement of services and patient care.

"This is an extraordinary team accomplishment that not only involves the excellent ED staff but others throughout the hospital and community," Gode said.

"I really appreciate the efforts of our emergency medical and administrative directors, Dr. Ward and Janet Gode, and their teams to improve our emergency services in recent years.," KRMC CEO Brian Turney said. "PRC's awards recognize those efforts. I have challenged the ED team to continue their efforts to make our ED even better."

Turney also thanked the community. "I appreciate the thousands of patients who have taken the time over the years to provide us honest feedback about their service. That feedback is critical in helping us focus on the necessary changes to improve our services."